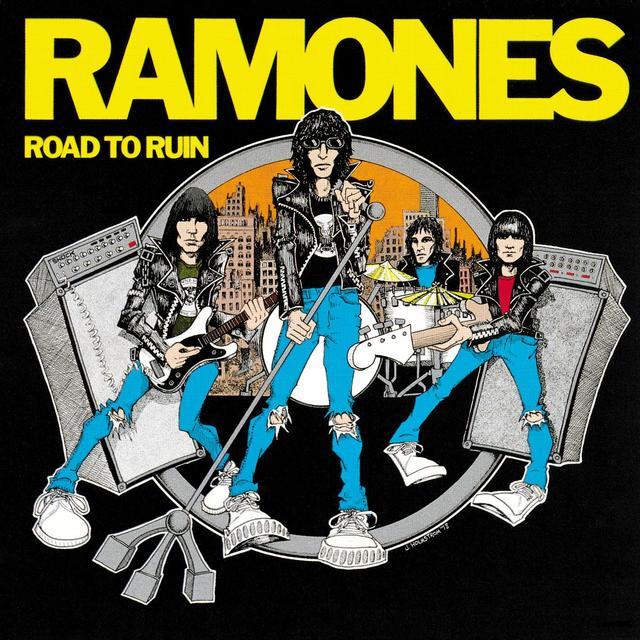 Like baseball, there's no crying in rock 'n' roll. The Ramones learned this lesson the hard way. Despite revolutionizing rock right out of the gate with a grand slam 1976 debut album, and going on to release two more instant classics in Leave Home and Rocket to Russia, record sales were lagging. It was even more of a slap in the face considering the band produced all three albums in the span of less than two years. The lack of commercial success after three tries at the brass ring was enough for original drummer Tommy Ramone to pack it in and cede the kit to replacement, Marky Ramone.

Rocket to Russia, however, did give the group hope, cruising to a peak position of #49 on the Billboard 200 for the week of February 18, 1978. The #1 album in America that week: the Saturday Night Fever soundtrack. Featuring a host of Ramones classics including "Rockaway Beach" and "Sheena is a Punk Rocker," the relative success of the LP inspired the band to take focused shot at the charts and that ever-important radio play with fourth record, the ominously titled Road to Ruin.

Released on September 21, 1978 the Ramones fourth album expanded the band's playbook to include some bold new moves, slowing down the usual breakneck pace for LP opener, "I Just Want to Have Something to Do." Tracks like "It's a Long Way Back" laid the blueprint for what would become pop-punk decades years later. "Don't Come Close" was the finely-tuned pop radio hit the band longed for, but never realized. There was even a genuine ballad in the country-tinged "Questioningly." Tommy Ramone remained in the fold as a co-producer (his original intent when co-founding the group), helping craft seminal tracks including one of the Ramones' signature songs, "I Wanna Be Sedated."

"Road to Ruin was the first record where I was just the producer," Tommy Ramone told Tape Op in 2005. "That gave me a lot of freedom because I did not need to play the drums. I could concentrate totally on the production and working with Mark allowed us to develop a new drum sound. It was a different type of record; it was a darker record. We were sort of going for more of a mainstream sound. We were experimenting with putting in more guitars. Ed Stasium and I did some guitar overdubs for it. On one song we did a backward guitar solo."

Critics at the time seemed perplexed by the record, not imagining that the punk rock pioneers might evolve after making three albums. The group faced a similarly tepid response at record stores and the U.S. charts, with Road to Ruin flaming out on the Billboard 200 at #103 for the week of November 25, 1978. The #1 LP in America at the time: Billy Joel's 52nd Street.

Ramones
THIS IS THE ARTICLE BOX TEMPLATE