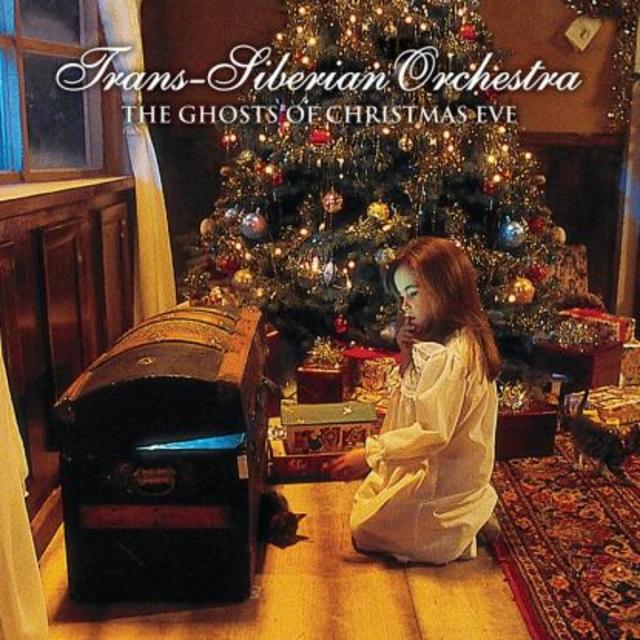 Since 1996, there hasn’t been a holiday season that hasn’t featured the Trans-Siberian Orchestra as part of its soundtrack: the musical collective founded by Paul O’Neill took the world by storm with its debut album, CHRISTMAS EVE AND OTHER STORIES, and they’ve continued to keep fans happy by touring on a regular basis as well as releasing new albums when the spirit moves them.

Sorry, did we say “spirit”? In this case, the more appropriate term is “ghost.”

THE GHOSTS OF CHRISTMAS EVE, the soundtrack to the band’s much-cherished 2001 PBS special, hits stores this Friday, allowing you to get your first burst of Christmas in October. Yes, we know that some people grumble about how the holiday season starts earlier every year, but in our defense, it’s pretty typical for Christmas albums to come out in October. Plus, this is one that T.S.O. aficionados will be thrilled about, as it contains a bonus track – a live version of “Music Box Blues,” from the 2004 Daryl Pediford Tribute in New York – as well as two additional tracks which aren’t in the special but which have featured in the band’s live performances of THE GHOSTS OF CHRISTMAS EVE: “Christmas Dreams” and “What Child Is This,” from 2004’s THE LOST CHRISTMAS EVE.

Here’s the full track listing for the album, which – just for the record – would make a great early Christmas present for anyone who’s planning to see the Trans-Siberian Orchestra on their annual holiday tour:

The Ghosts Of Christmas Eve