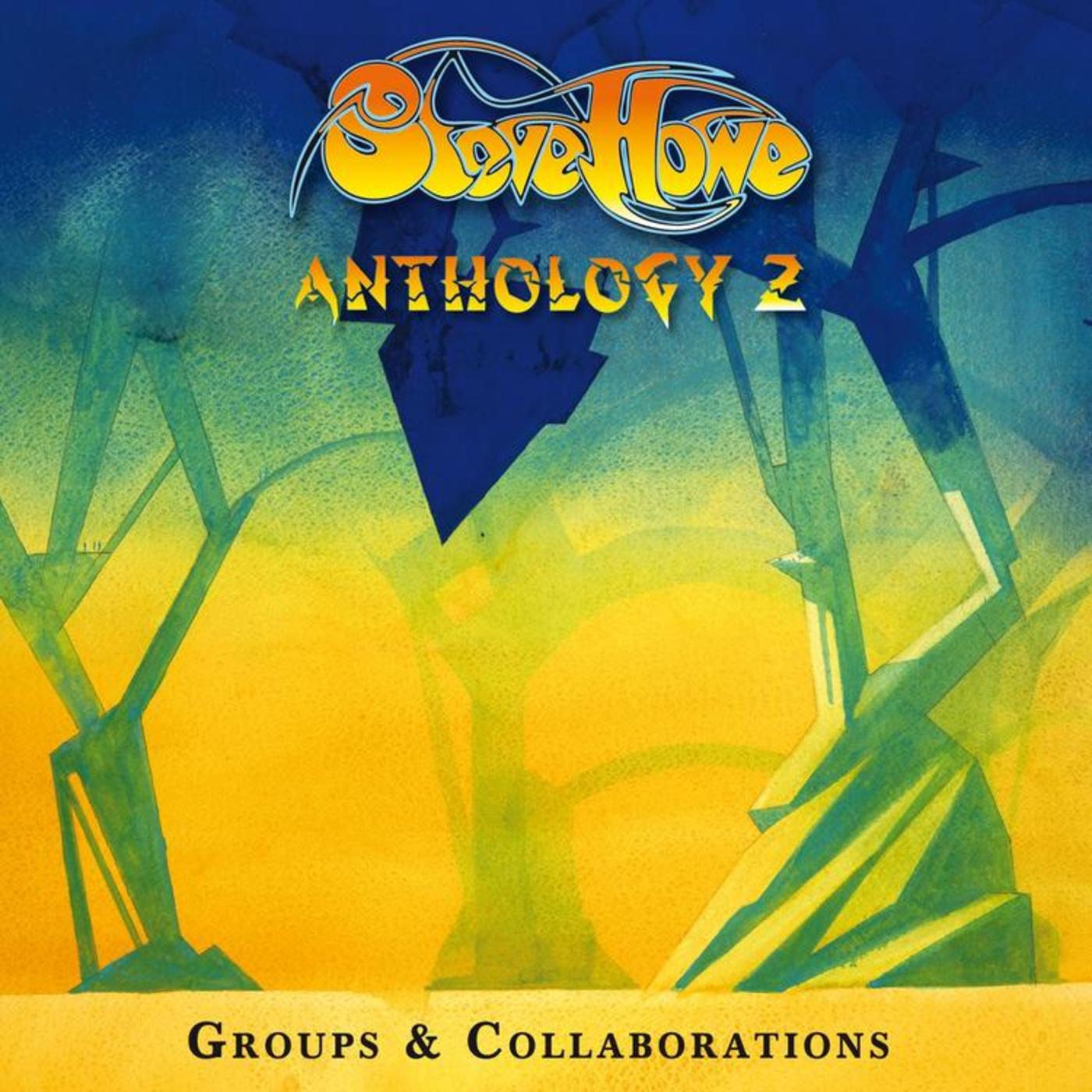 ANTHOLOGY 2: GROUPS AND COLLABORATIONS as a physical three-CD set designed by Roger Dean and digital equivalent. The collection spans more than 50 years of Howe’s prolific career with 56 tracks that mix hits with a generous selection of unreleased recordings, including several with Keith West, who was Howe’s bandmate in Tomorrow and The In Crowd.

As you would expect, ANTHOLOGY 2 is packed with many of Howe’s memorable contributions to Yes and Asia, two of the world’s most successful progressive-rock bands. Hits like Yes’s “Roundabout” and Asia’s “Heat Of The Moment” are featured along with rarities like “Montreux’s Theme,” a song Yes recorded during sessions for Going for the One (1977), and “Masquerade” a previously unreleased tune by Asia.

The collection also touches on Howe’s stint in GTR, the supergroup he founded in 1986 with former Genesis guitarist Steve Hackett. Featured here is “When The Heart Rules The Mind,” a song from GTR’s only album to date. Also included is “Brother Of Mine,” a song he recorded in 1989 with former Yes members: Jon Anderson, Bill Bruford and Rick Wakeman. The Steve Howe Trio, a jazz band he started with his son Dylan on drums, is represented by: “Kenny’s Sound” and “Sweet Thunder.”

The set’s final disc explores some of Howe’s many musical collaborations through the years, including songs he recorded with Fish of the band Marillion (“Time And A Word,” 1993), keyboardist Oliver Wakeman (“The Forgotten King,” 2001) and Paul Sutin (“Voyager,” 1995). In addition, more than a dozen of Howe’s unreleased collaborations will make their debut on ANTHOLOGY 2.