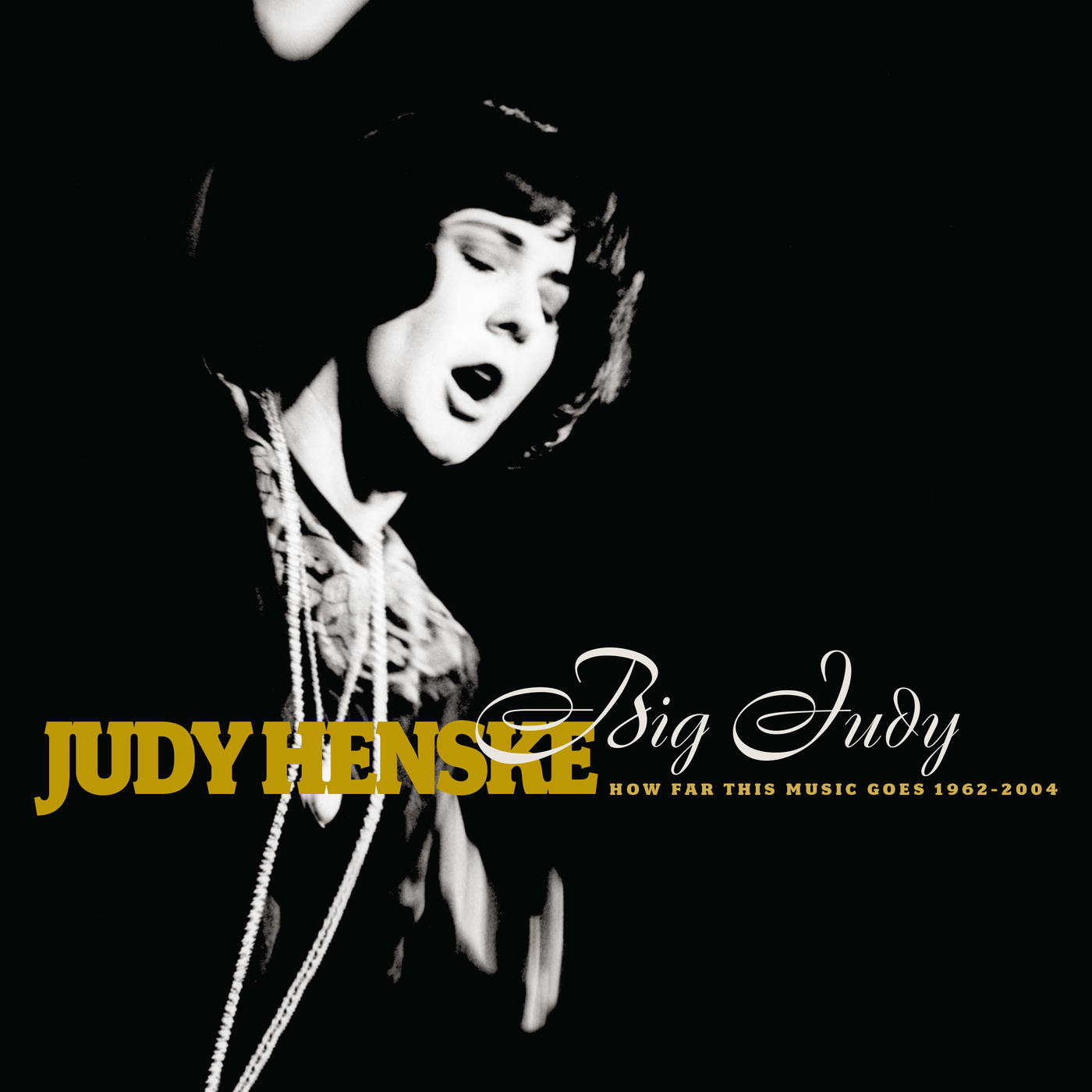 Reflecting on her four-decade-and-counting career, Judy Henske recently remarked that "my music... was not folk, or jazz or blues, but something indescribable between all those styles." The lack of an easily marketable label no doubt cost Henske some record sales back in the day, but it is her eclecticism—well represented on Rhino Handmade's new anthology Big Judy: How Far This Music Goes (1962-2004)—that keeps her sounding fresh today. Born in Chippewa Falls, Wisconsin, Judy Henske first hit the spotlight at the beginning of the 1960s as a member of The Whiskeyhill Singers, an offshoot of the Kingston Trio. But a talent and stage persona as big as Judy's was destined to stand on its own, and by 1963 she had signed with Elektra Records and issued her solo LP debut. Perhaps best known for the song "High Flying Bird" (which became the title track to her follow-up album), Henske helped pioneer folk-rock, incorporating drums and electric guitars in her music. By mid-decade, Judy had moved to Warner Bros., working with such noted producers as Jack Nitzsche (who had memorably dubbed the singer "The Queen Of The Beatniks"), and future Lovin' Spoonful guitarist Jerry Yester. Henske and Yester's 1968 collaboration Farewell Aldebaran is now recognized as a psychedelic classic. Not long after its release, Judy took a hiatus from the music business to raise a family, but 1999's Loose In The World (produced and arranged by husband, Craig Doerge) signaled a welcome return for a performer that critic Dave Marsh raved was "beyond all categories except 'legendary' and 'great.'"" There's plenty to justify that claim on the 2-CD Big Judy: How Far This Music Goes (1962-2004), the first career retrospective of the versatile vocalist. Its 41 tracks include representative recordings from every one of Henske's studio albums, plus rare singles, Whiskeyhill Singers cuts, and four unreleased sides spanning four decades: "Hey Babe, You've Been Cheatin'," "Father Of Souls," "Yellow Beach Umbrella," and "Hollywood People." Including rare photos, Barry Alfonso's insightful liner notes, and Henske's own recollections, this Rhino Handmade set captures a force of nature in all her glory. Big Judy: How Far This Music Goes (1962-2004) is available as an individually numbered limited edition of 5,000 copies.