The State - Comedy For Gracious Living 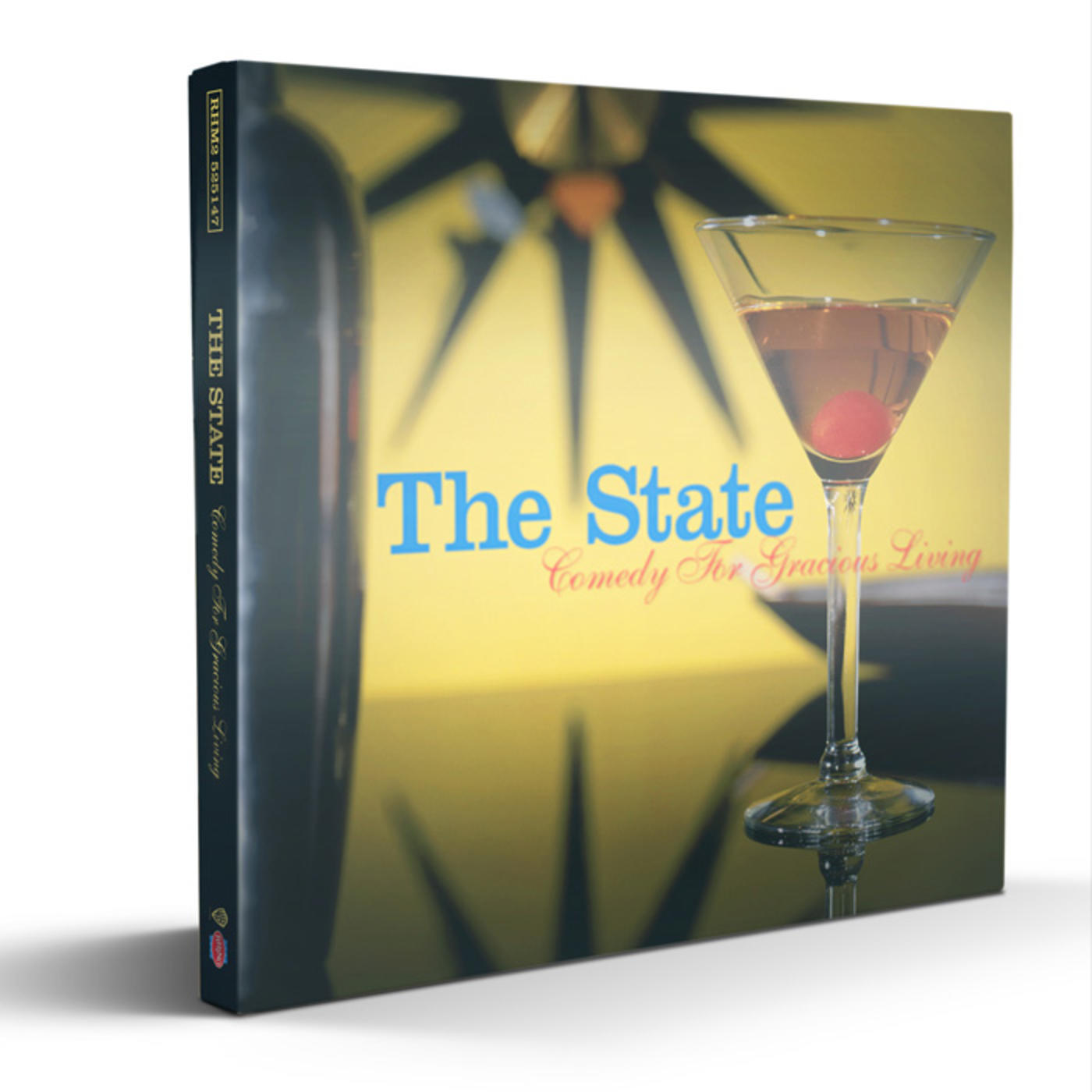 Comedy For Gracious Living
The State

The State premiered on MTV in 1993 and had a successful three-season run, garnering acclaim for its edgy sketches as well as the talented young comedians behind the show. After recording the series finale for MTV in July 1995, the group began working on a prime-time special for CBS called “The State’s 43rd Annual All-Star Halloween Special.” The Halloween special aired on October 27, 1995, and garnered glowing reviews but, with the aid of little to no promotion by the network, ratings were low so CBS decided to cancel The State’s upcoming New Year’s special. Just months later, The State decamped to the Bahamas, where they spent two weeks in January 1996 recording an album for Warner Bros. Records at Compass Point Studio in Nassau. For reasons unknown, and much to the chagrin of The State’s rabid cult followers, the album remained unreleased for 14 years.The wait is now over as the fabled album, COMEDY FOR GRACIOUS LIVING, available exclusively at Rhino.com. This “lost” album captures the group’s bizarre characters, sharp wit, and absurdist skew at their hysterical heights. After the album, The State disbanded and members pursued individual projects, but have recently regrouped for several special performances, most recently at San Francisco Sketchfest. Many members of the group appeared together on film in Wet Hot American Summer, RENO 911!: Miami, and The Ten, and continue to develop a movie that stars The State.“It was a freeing experience because no one was watching over us, there were no ‘adults’ around. We'd swim and drink and gamble all day and record the silly ideas we’d had that day up into the wee hours that night like kids making tapes in the basement. If you listen, you can hear the ice clinking in the rum drinks we had in hand at all times,” says Kevin Allison. “I don't think any of us realized it was the last time we’d all be in the same place for an extended period of time working on a project that would actually see the light of day. Much of it was improvised by a group of people with no improv training whatsoever. We always assumed that one of the reasons it wasn’t released back then is because so much of it is so insane for back then.”“I heard once that the ’80’s Latino pop group Menudo used to turn over their members every three years, to keep the group young,” says Joe Lo Truglio “Well this album's been marinating for over four Menudos, we're old as hell now,  and ‘menudo’ means ‘soup’ which is a dumbass name for a band anyway. Bienvenidos a Gracious Living!”The State launched the careers of 11 cast members, including: Kevin Allison (The Ten, RENO 911!: Miami, www.risk-show.com)Michael Ian Black (“Ed,” “Stella,” “Michael & Michael Have Issues,” Run, Fat Boy, Run) Robert Ben Garant (“RENO 911!,” “Viva Variety,” Balls Of Fury) Todd Holoubek (The Ten, RENO 911!: Miami)Michael Patrick Jann (“RENO 911!,” “Little Britain: USA,” “Flight Of The Conchords”)Kerri Kenney-Silver (“RENO 911!,” “Viva Variety,” “The Ellen Show,” The Ten, Role Models)Thomas Lennon (“RENO 911!,” I Love You Man, Balls Of Fury) Joe Lo Truglio (“RENO 911!,” Superbad, I Love You Man)Ken Marino (“Party Down,” The Ten, “Children’s Hospital”)Michael Showalter (“Michael & Michael Have Issues,” The Baxter, Wet Hot American Summer) David Wain (“Stella,” Role Models, The Ten, “Wainy Days”)