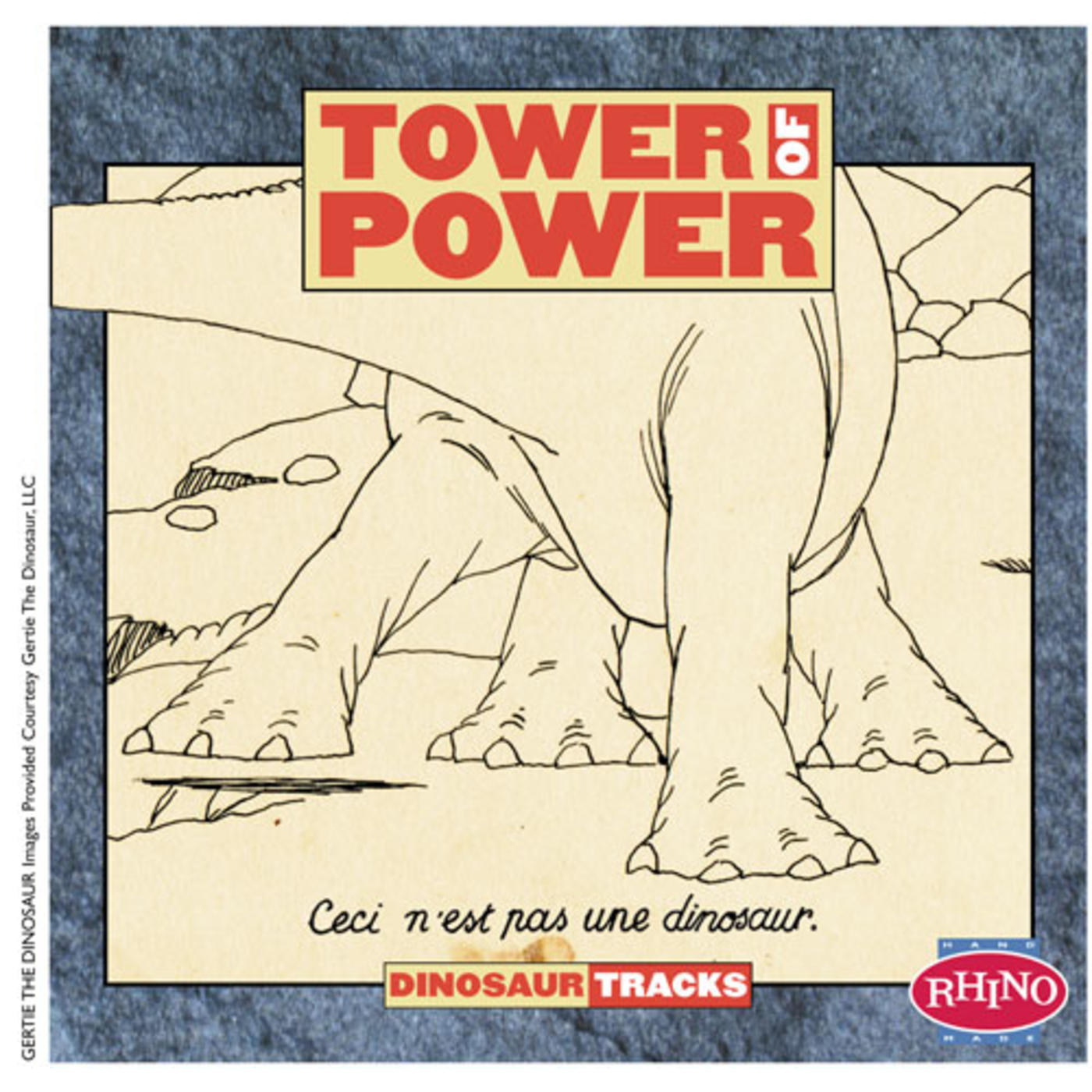 TOWER OF POWER 'Dinosaur Tracks' is -believe it or not- a complete, fully-loaded, totally groove-filled PREVIOUSLY UNRELEASED STUDIO ALBUM from 1983.
Soulful ballads. Up-tempo swingfests. And a couple disco-twinged dance numbers (remember this was the early 1980s now, wasn't it?). All with that unique trademarked sound of the mighty TOWER OF POWER horn section. While one of these tracks snuck out awhile back to be used on a European -then later US- release and another was later re-recorded for a live album, this is THE VERY FIRST TIME ANYWHERE this ENTIRE studio album, just as TOWER OF POWER originally intended it to be, has appeared anywhere on Earth.

TOWER OF POWER 'Dinosaur Tracks' is an individually numbered limited edition 14-track compact disc. It has -of course- a nifty booklet with a history of the creation of this album, as well as a track-by-track commentary, from TOWER OF POWER leader Emilio Castillo.

Mastered from the original tapes under TOWER OF POWER's careful supervision, 'Dinosaur Tracks' is one of those rare, remarkable Archival discoveries: A finished studio album from a outstanding band which, for a series of reasons almost amusing in retrospect, sat more-or-less unheard of and forgotten in a Vault for seventeen years.
Until now, that is.