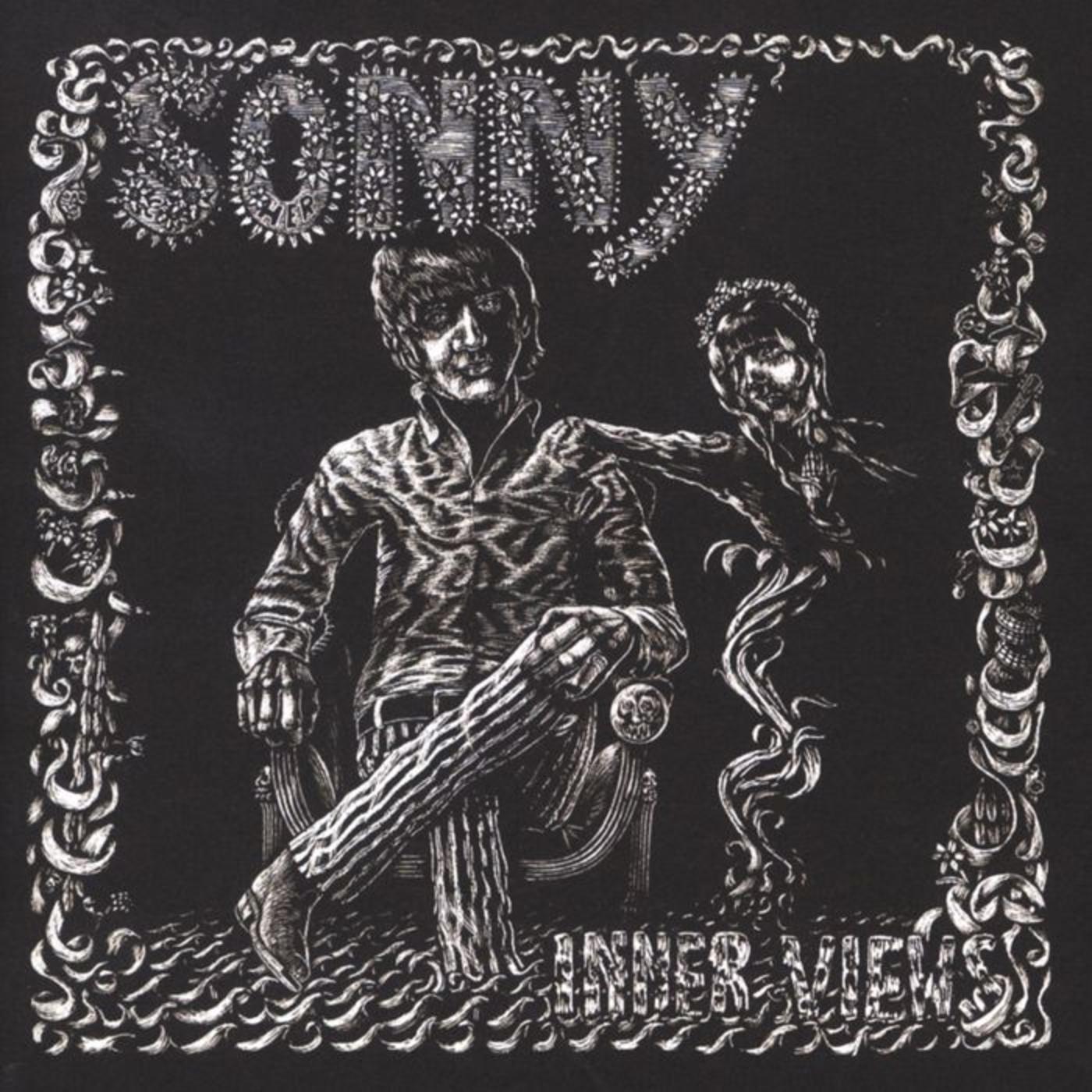 In the days when folk-rock first emerged from Sunset Strip nightclubs, Sonny & Cher were its King and Queen, with Top 10 hits like "I Got You Babe," "Baby Don't Go," and "The Beat Goes On" pulsing from transistor radios across the country. With the duo as hot as they would ever be, Sonny Bono recorded and released Inner Views, his first -- and only -- solo album. As it was in 1967, it remains today a singular listening experience. The opening track, the nearly thirteen-minute long opus grande, "I Just Sit There," is the perfect example of what listeners are in for. It employs a sitar as its lead instrument, quotes from both "The Battle Hymn Of The Republic" and "A Day In The Life" within sixty seconds of each other, liberally uses faux-Dylanesque harmonica and organ stings throughout, rhymes "sturgeon" with "virgin" and thunders from your speakers with Sonny's own Wall Of Sound. They just don't make records like this anymore. As Sonny's Inner Views solo album is just 33-minutes long, we have filled out this CD with every Sonny Bono solo Atco single there ever was. From his first solo hit "Laugh At Me" (heard here in the mono single-lyric version, the stereo album-lyric version, and a previously unreleased original backing track recording session) through his cover versions of "Misty Roses" and "Cheryl's Goin' Home" to the shortened "radio friendly" re-edited single versions of many Inner Views tracks which Atco somehow thought might become big hits. Inner Views includes 16 tracks and a 20-page booklet with all of the album lyrics and with three essays about the album from varying perspectives. Every Atco release Sonny Bono ever issued solely under his own name is now in one convenient package. Inner Views has been out of print for three decades. It has been remastered from the Atco vault masters and appears on compact disc for the first time anywhere. Sonny Bono was shagadelic before shagadelic was a registered trademark. And with this absurdly comprehensive Rhino Handmade expanded reissue of Inner Views there is now 69 minutes of incontrovertible, permanently encoded digital proof. Inner Views is available as an individually numbered limited edition of 1,500 copies.