The Doors - No One Here Gets Out Alive 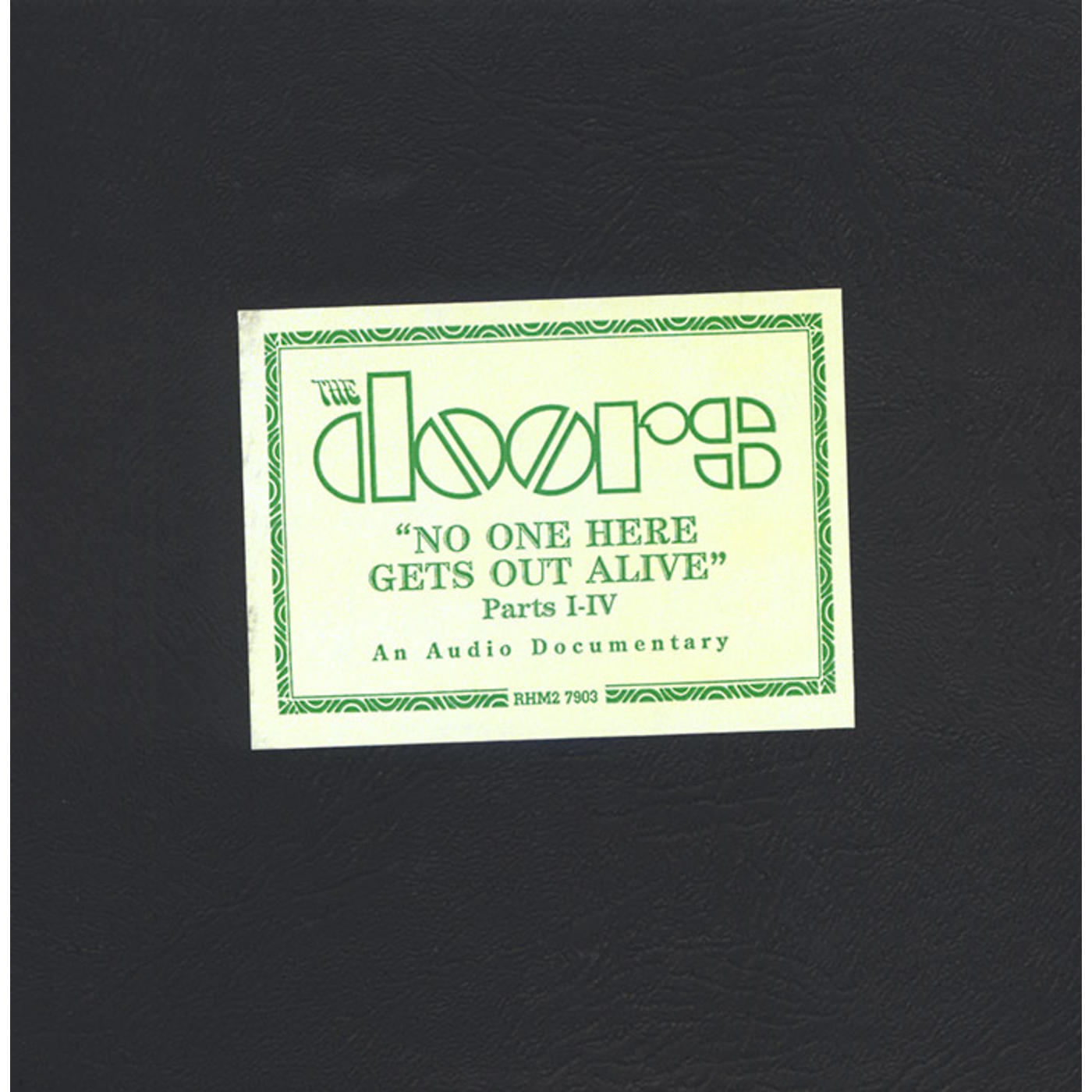 No One Here Gets Out Alive
The Doors

In this first in-depth radio production recorded after Morrison's passing, Ray, Robby and John talked for the first time about Jim's death as well as the band's triumphs and tragedies. Conducted by noted Doors' fan, L.A.'s top D.J. Jim Ladd in 1981, the show has come to be known as "No One Here Gets Out Alive" as its airing coincided with the book's release.

A Note To DOORS Collectors From Bruce Botnick:

The Source For This Release Is One Of The Few Remaining Sets Of Vinyl Disks That Were The Medium At That Time For Delayed Playback On Radio Stations Around The Country. We Took The Disks, Cleaned Them And Transferred Them To Digital. The Digital Tapes Were Then Transferred To Sonic Solutions At DIGEFX Where A Light De-Crackling And De-Clicking Were Performed. The Commercials And Boiler Plate Were Edited Out And You Have Just The Meat Of The Show.

As You Listen You Will Notice That You Are Listening To A Vinyl Disk, A Record. So If You Hear An Occasional Tick Or Orange Peeling Just Relax And Make Believe That It's 1979.

Part One: Beginning Of The Doors/Visionary Dreams
"After bringing some one hundred and fifty artists before these microphones, you may well ask, why a four-part special on The Doors? A band whose lead singer died eight years ago, and therefore can only be talked about, and not with. Well first, I've wanted to do a show honoring this group for a long, long time. Secondly, The Doors were an entity in rock and roll that was so completely ahead of it's time, not only lyrically and musically, but caused so much questioning of our perceptions, that to this day, The Doors remain an unexplained and mysterious incantation that we hear, but do not quite believe. Tonight, we will talk with keyboardist Ray Manzarek, drummer John Densmore and guitarist Robby Krieger. And we will talk about Jim Morrison, vocalist, lyricist and poet."

2. SEGMENT II 9:26 sound
Including Excerpts From
Who Do You Love (Live)/When The Music's Over/My Eyes Have Seen You

3. SEGMENT III 8:13 sound
Including Excerpts From Spanish Caravan/We Could Be So Good Together/Roadhouse Blues/When The Music's Over/Who Do You Love (Live)

Part Two: Exploration And Morrison's Sojourn
"The ceremony tonight will include a rather graphic interview of the lives of Ray, Robby, John and or course, the lead singer, lyricist and poet Jim Morrison. Plus we'll meet The Doors manager. Also a man who's writing a book on Morrison's life. Now, as I warned you last week, some of these stories MAY shock you. But they are real... As you listen to these accounts of The Doors as they unfold, I want you to keep in mind, these are not stories of self-indulgent party-goers, but the true life adventures of people who were exploring the limits of life and death, musically, chemically..."

3. SEGMENT III 15:13 sound
Including Excerpts From The American Night/Roadhouse Blues (Live)/Celebration Of The Lizard: Wake Up (Live)/When The Music's Over (Live)/Back Door Man (Live)

4. SEGMENT IV 8:03 sound
Including Excerpts From Tell All The People/Unknown Soldier/Five To One/Ship Of Fools

Part Three: Cultural Excursion Into The Void
"And The Doors were making music for the birth of a new-born awakening... Up until now, The Doors had enjoyed THE ultimately respect of their audiences and an almost religious-like following. But gradually as The Doors became internationally famous, Morrison was singled out as a sex symbol. Suddenly their audiences, who The Doors had always felt so close to, and at one with, changed. No longer were they willing to become participants in a Doors' concert excursion into the void. The crowds of rock and roll explorers became a mob of weekend voyeurs who came not for adventure but to see a freak show."

1. SEGMENT I 9:48 sound
Including Excerpts From Riders On The Storm/Awake/Waiting For The Sun/Dead Cats, Dead Rats (Live)/Break On Through (To The Other Side) (Live)

4. SEGMENT IV 11:46 sound
Including Excerpts From When The Music's Over/Shaman's Blues/The Changeling

3. SEGMENT III 13:10 sound
Including Excerpts From The Movie/The Hitchhiker/Riders On The Storm/Jim Morrison: Cemetery Poem