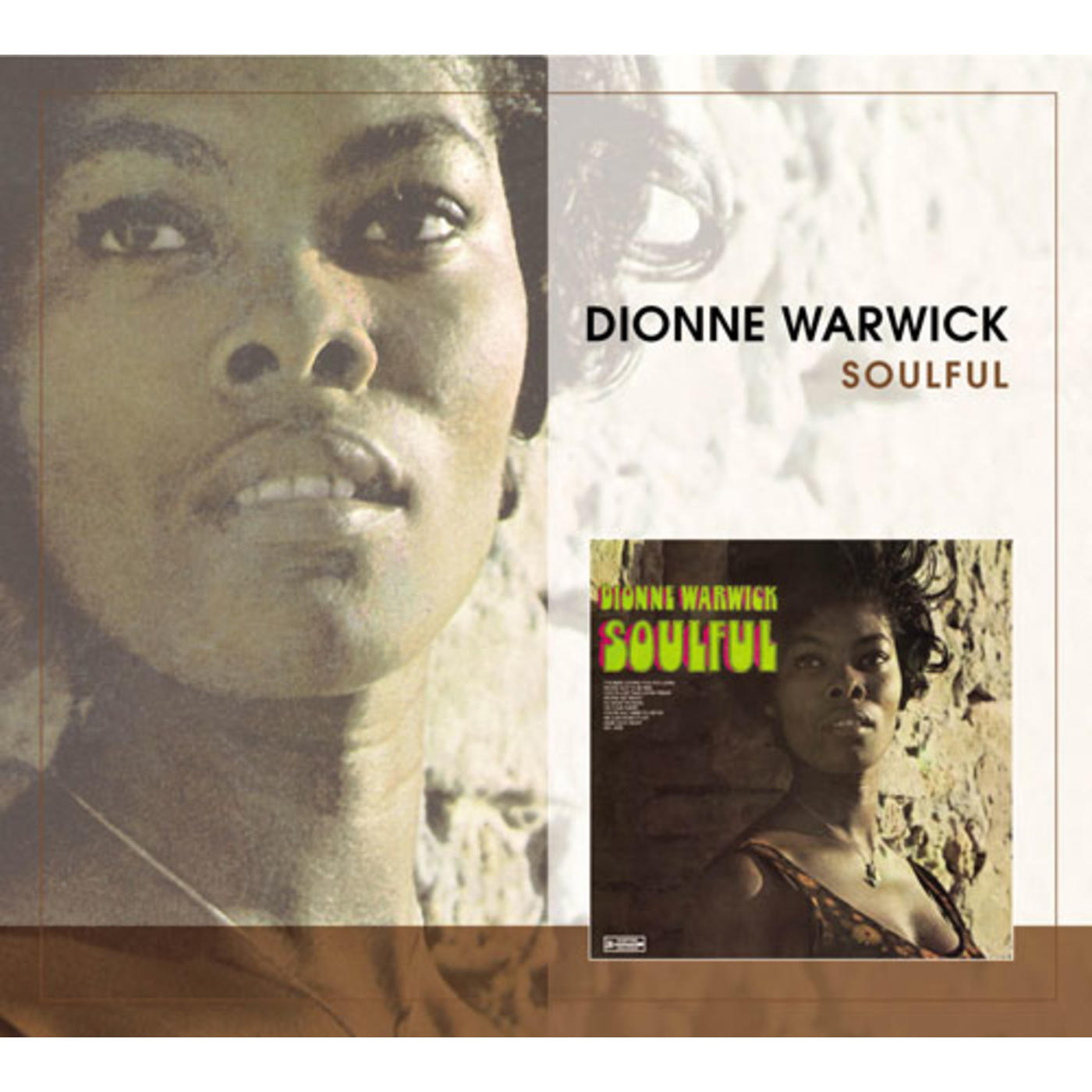 By the late '60s Dionne Warwick had become an international star and the virtual embodiment of the Burt Bacharach-Hal David songbook. A former background singer with gospel and R&B roots, she made her name with sophisticated Brill Building pop that appealed to both white and black audiences. She was the jewel of the Scepter Records roster.

Released in 1969 between the stylistically similar Promises, Promises and I'll Never Fall In Love Again (available together on a separate Rhino Handmade release), Soulful was a departure for Warwick. While she had scored 28 consecutive Pop hits with Bacharach-David compositions, only three of the songs reached the upper tier of the R&B chart. At the time, black music on the radio was more "I Heard It Through The Grapevine" than "Do You Know The Way To San José."

With no songs written specifically for the record, Moman cut 13 tracks with the singer, many of them current hits of the day. The album opens with The Righteous Brothers' "You've Lost That Lovin' Feeling," the sole single released five months after the album. Three Beatles songs were chosen: "We Can Work It Out," "A Hard Day's Night," and the Warwick favorite "Hey Jude." As a reminder of her R&B roots, the singer selected "Do Right Woman - Do Right Man," the classic ballad co-written by Moman and made famous by the Queen of Soul.

Since Soulful is comprised of covers, this Rhino Handmade release also features selections from the similarly eclectic From Within, a 1972 collection whose considerable duplication of songs on other Warwick albums prevented us from reissuing it in its original form. The Band's "The Weight," Nina Simone's "To Be Young, Gifted And Black," and Sly Stone's "Everyday People" are just a few of the outstanding offerings. A previously unreleased version of Jackie DeShannon's "Put A Little Love In Your Heart" is included as a bonus track.

Soulful Plus is available as an individually numbered limited edition of 5,000 copies.