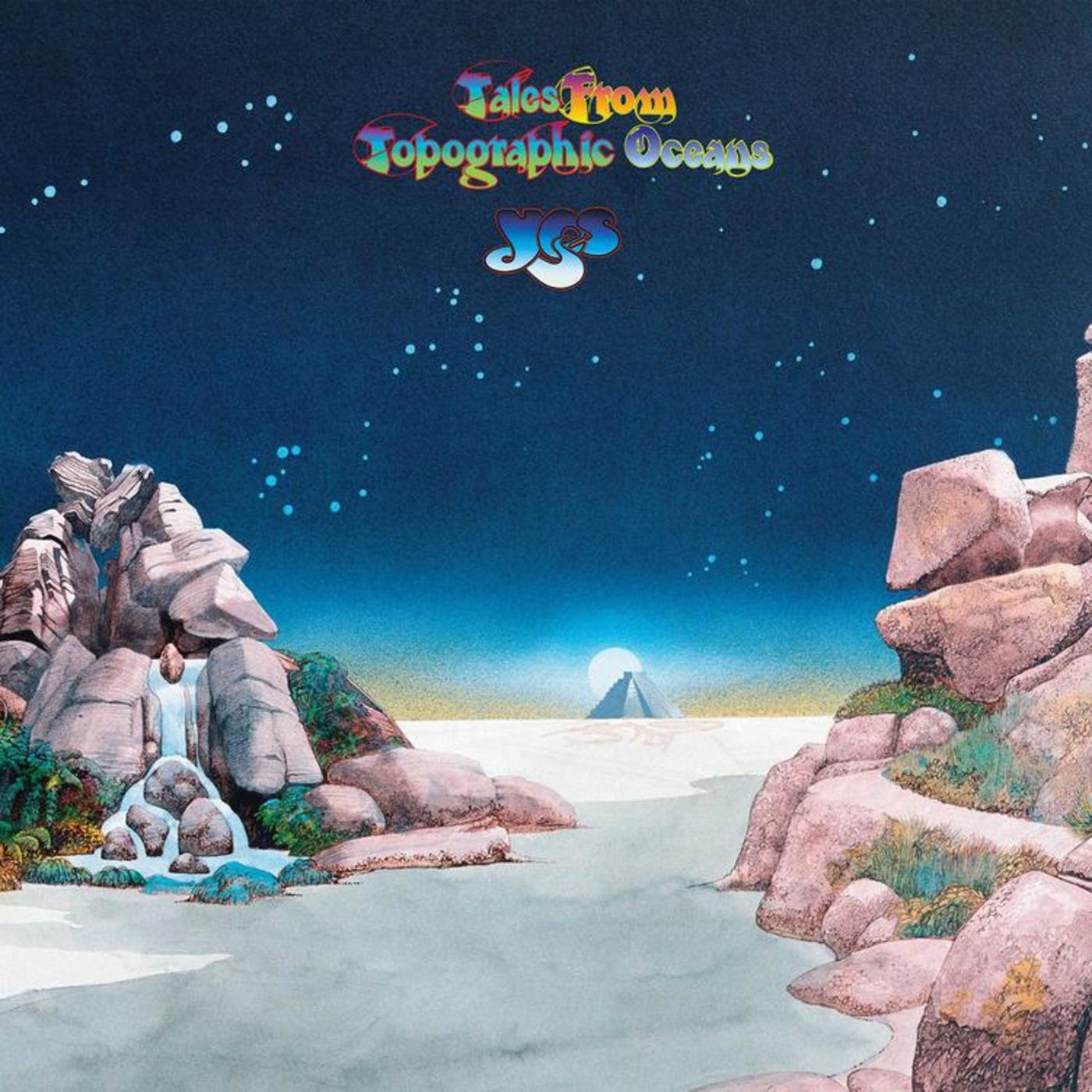 TALES FROM TOPOGRAPHIC OCEANS is the sixth studio album from the English rock band Yes, originally released as a double album on December 7, 1973 by Atlantic Records. It is a concept album based on singer Jon Anderson's interpretation of a footnote in Autobiography of a Yogi (1946) by Paramahansa Yogananda that describes four bodies of Hindu texts, collectively named the shastras. After he pitched the idea to guitarist Steve Howe, the two wrote the themes and instrumentation of four, side long tracks based on each text.

Also available at these online retailers: Stream on Apple Music Stream on Spotify Stream on Amazon Music Unlimited Stream on YouTube Buy on Amazon Music Buy on iTunes Buy on Google Play Buy on Pono
Disc 1 / Side 1
1
The Revealing Science Of God / Dance Of The Dawn
20.27
Disc 1 / Side 2
1
The Remembering / High The Memory
20.38
Disc 2 / Side 1
1
The Ancient / Giants Under The Sun
18.34
Disc 2 / Side 2
1
Ritual / Nous Sommes Du Soleil
21.35