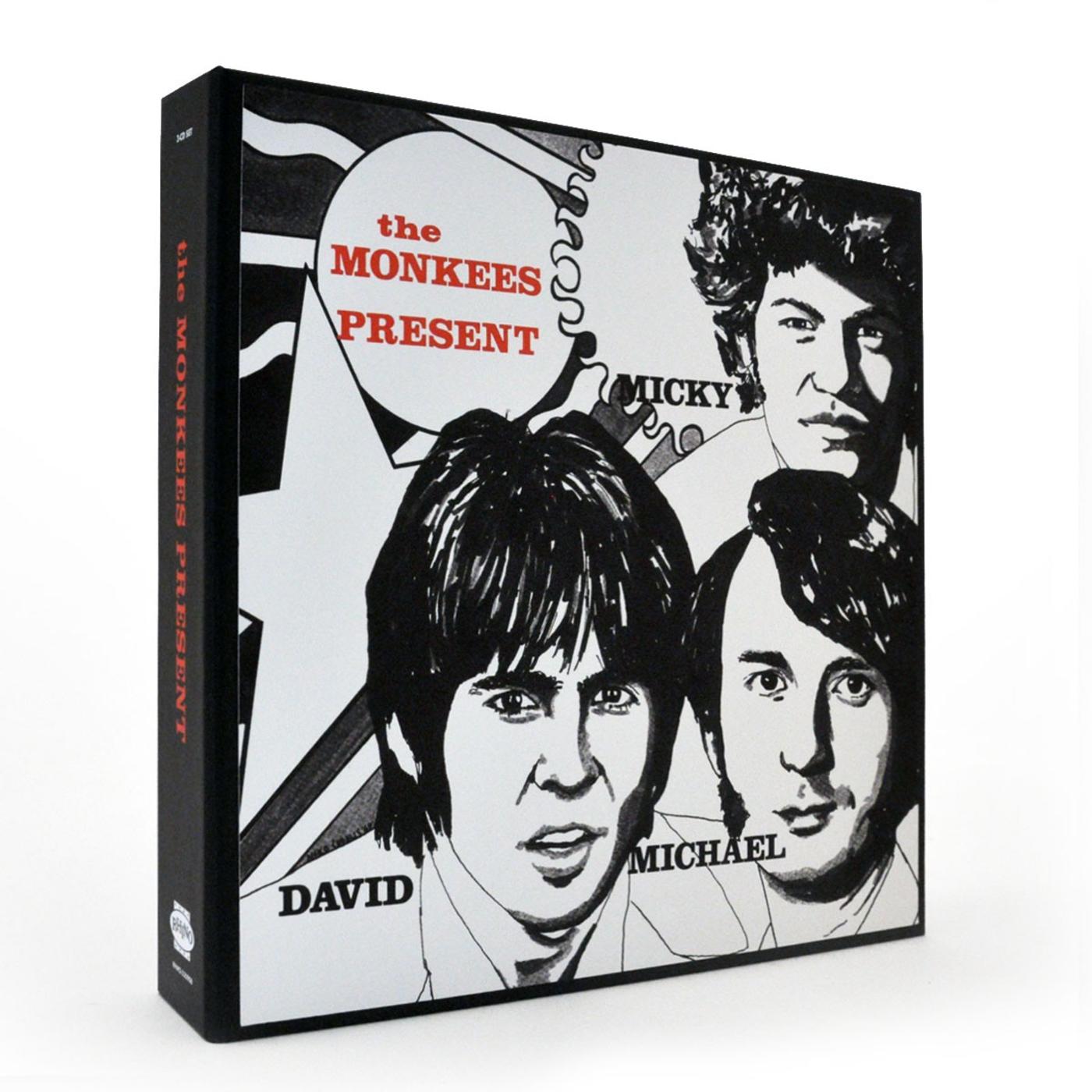 By October 1969, things were radically different for The Monkees. Their NBC show had left prime time, Peter Tork had left the group, and Top 40 hits were no longer a sure thing. It was in this atmosphere that Micky Dolenz, Davy Jones and Michael Nesmith exerted more creative control to record THE MONKEES PRESENT. The resulting album is one of the group's most varied, from the iconic single, "Listen To The Band," to Micky's anti-war anthem, "Mommy And Daddy," Davy's lush "French Song," and Michael's Nashville-tinged barn-burner, "Good Clean Fun."

THE MONKEES PRESENT ships in late July, but is available now for pre-order exclusively at Monkees.com. This box is not available from any store or other online retailer and is sure to sell out, so reserve your copy now.