5 Things You May Not Have Known About Jay Jay French 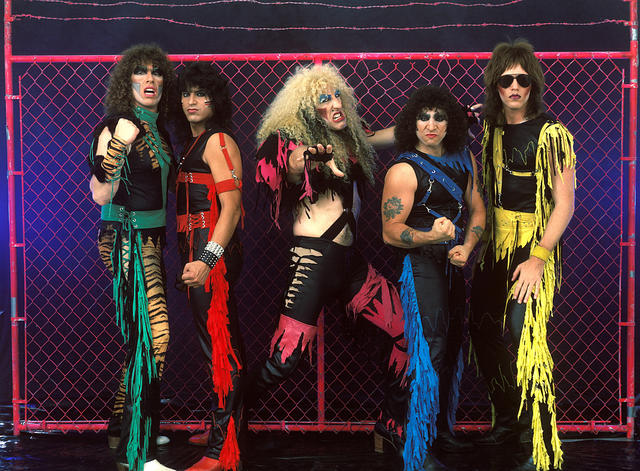 Today we celebrate the birthday of Jay Jay French, guitarist and founding member of Twisted Sister. To celebrate the occasion, we’ve put together a list of five things that you may not have known about Jay Jay, but we also wanted to take the opportunity to make sure that you know about a new Twisted Sister release that’s on the horizon: LIVE AT THE MARQUEE 1983 – YOU CAN’T STOP ROCK ‘N’ ROLL, all the details of which can be discovered by clicking right here:

1.    Despite his hard rock leanings, the first concert he attended was a folk show.

Jay Jay hadn’t even entered his teens yet when he went to see his first live show: the Weavers at Carnegie Hall. It’s an iconic venue, to be sure, and the Weavers were legendary in their day, so even though it wasn’t exactly heavy metal, it clearly made a major impact.

2.    He was once bunkmates with Ben Chaney.

Didn’t know that, did you? You probably also don’t know who Ben Chaney is, but stay with us on this, because it’s pretty interesting. Ben Chaney was Jay Jay’s bunkmate when they both attended the Shaker Village summer program in 1967. Ben’s brother was James Chaney, a civil rights worker who had died three years before Ben and Jay Jay spent the summer together. How did he die? He was murdered while on a voter registration drive in Mississippi, a crime which was dramatized in the 1988 film Mississippi Burning. See, we told you it was pretty interesting.

Actually, they weren’t yet called KISS when Jay Jay auditioned to be a part of the band: they were still called Wicked Lester. In an interview with Eddie Trunk, Jay Jay revealed that Gene Simmons came to see him play at a church, of all places, and when he asked him what his name was, he told him, “John Segall,” since he hadn’t adopted his stage name yet. Gene said, “You’ve got to change it, it’s too Jewish.” The gig with Wicked Lester didn’t pan out, obviously, but Jay Jay admitted that the conversation with Gene was very much in the back of his mind when he decided to adopt a new name.

Well, at least he used to be. We haven’t tracked his movements lately. But it’s well documented that he’s completed the New York Marathon at least twice: first in 1981, then again in 1986. You don’t make it to the end of that race without having at least a bit of skill in the field of running.

5.    He formerly managed the band Sevendust.

Bad Boys Of Rock 'N' Roll: The Best Of The Atlantic Years