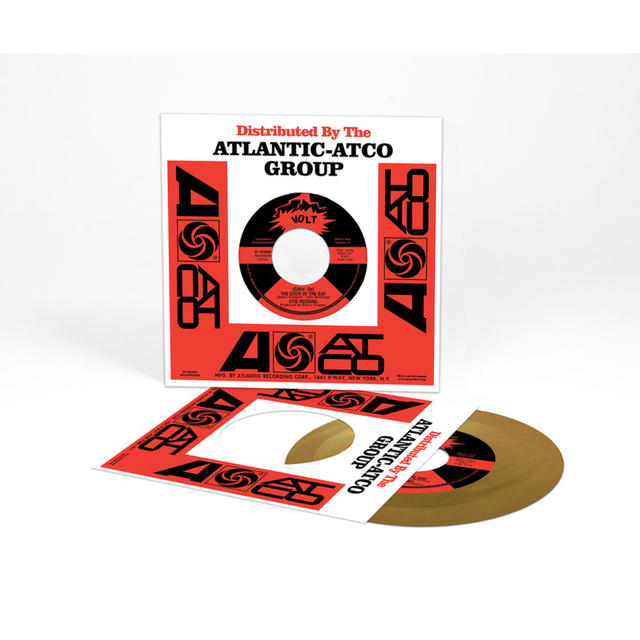 Last month we celebrated the 50th anniversary of the release of Otis Redding’s signature song, “(Sitting On) The Dock Of The Bay,” and next month we’ll be celebrating the 50th anniversary of the single hitting #1 on the Billboard Hot 100. To keep you entertained between these two key moments in the song’s history, we hereby offer you 5 things about the classic track that you may not have been aware of, and we’ve also sprinkled in some covers of the song that you may not have heard before.

1. Redding started composing the lyrics while he was on tour with The Bar-Kays.

Picture it: Sausalito, California, August 1967. Redding was the middle of a tour with The Bar-Kays, a band best known by children of the ‘80s because of an exchange between Dan Aykroyd and Chevy Chase in Spies Like Us.

Aykroyd: [Noticing distant music.] It’s “Soul Finger,” by The Bar-Kays!
Chase: They must be having trouble getting gigs.

During the course of this tour, Redding was enjoying a leisurely evening on a houseboat at Waldo Point, one owned by his friend Earl “Speedo” Simms, when he found himself struck by a flash of inspiration. In short order, Redding had scribbled down the words which would prove to be the first verse of a new song, one which – at least at the time – was simply called “Dock of the Bay.” He would contribute to come up with additional lines here and there while on the road, eventually sharing the various lyrics with guitarist Steve Cropper, who would not only finish them but also come up with a tune to accompany them as well.

2. The whistling at the end of the song was the spontaneous result of Redding having a bit of a brain fart.

Okay, so maybe that’s the most diplomatic way to put it, but the fact of the matter is that Redding – per Cropper – had worked up “this little fadeout rap he was gonna do, an adlib,” and when the time came for him to work his verbal magic, he blanked. “So he started whistling,” said Cropper, and the end result was one of the many instantly-memorable moments that stand out in the track.

3. At the time of his death, Redding still didn’t feel like the song was finished.

Redding had told his wife Zelda that he wanted “(Sitting On) The Dock Of The Bay” to “be a little different,” envisioning the song as an opportunity to expand his musical horizons and, if he was lucky, his audience as well. As such, he wanted to make sure that it sounded just right, although his decision to steer his sound in a more pop-oriented direction concerned his bosses at Stax Records, who reportedly contemplated the idea of adding background vocals by The Staple Singers to the mix. (It obviously never happened, and it doesn’t appear that it was ever anything but talk.) Although he’d spent two recording sessions working on the song, Redding still had intentions of giving it another go, but… Well, you know what happened.

4. The sounds of seagulls and crashing waves weren’t added until after Redding’s death, but they were inspired by him.

If you’ve ever begrudged the addition of these sound effects and wanted to hear what the song would sound like without them, that’s easy enough to do: you can hear early versions of the track on the Redding compilation album REMEMBER ME. But don’t be all holier-and-thou just because they weren’t added on Redding’s watch: according to a 2017 Rolling Stone piece about the creation of the song, the sounds came about specifically because of Cropper reminiscing about how, during the earlier attempts at recording the song, Redding “was trying to make seagull sounds, but he sounded like a dying crow." Inspired, Cropper visited a local jingle company and recorded a loop of seagulls on one track and ocean waves on another track, adding them to the song wherever they felt the most appropriate.

It’s always been viewed as one of the greatest shames in rock history that Redding didn’t live long enough to see his greatest success, but while it’s certainly only the mildest of consolations, he did set a record in the wake of his untimely passing. There have been all too many other posthumous chart-toppers by other artists, but “(Sitting On) The Dock Of The Bay” was the first.

(Sittin' On) The Dock Of The Bay