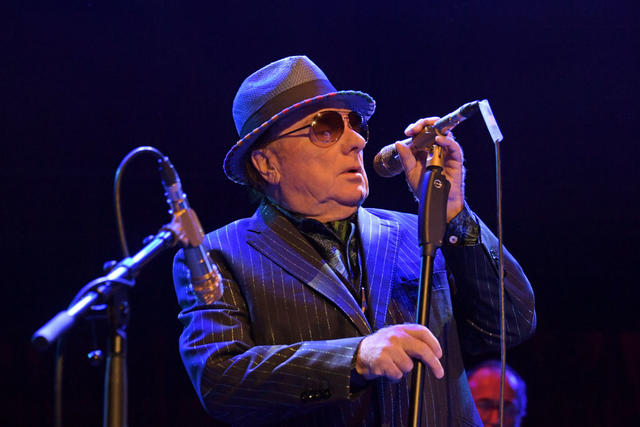 Calling Van Morrison a controversial figure is something of an understatement. The legendary Irish singer does not suffer anyone he considers foolish gladly, and will go to great lengths to get his point across. When it comes to music, however, few would argue that at his best, Morrison is among the greatest singers to grab a microphone. Bringing his own Irish mysticism to the timeworn fountain of the blues has resulted in a catalog of classic albums that many hold dear to their hearts.

Hardly a "pop" star by any means, Morrison's music has still connected to the American masses at large on a regular basis; as such, the singer's singles have impacted the vaunted Billboard Hot 100 on multiple occasions. While he never scored a #1 hit, the singer crashed the US top 10 on two occasions, taking up residence in the top 40 five times throughout his storied and ever-evolving career. Here is Van Morrison's American Top 40.

1. DOMINO
The opening track of Morrison's fourth studio album, His Band and the Street Choir, is his most successful single in America. Released in November 1970, the song peaked at #9 on the very first chart of 1971. It was the week of January 2, 1971, and the #1 tune in America was George Harrison's "My Sweet Lord/Isn't It a Pity."

2. BROWN EYED GIRL
Arguably Van Morrison's signature song is his second-most popular track in Hot 100 history. Plucked from his debut solo LP, Blowin' Your Mind, "Brown Eyed Girl" topped out at #10 over the week of September 30, 1967. It was the week the Box Tops' "The Letter" topped the chart.

3. BLUE MONEY
The second top 40 hit from Morrison's His Band and the Street Choir following "Domino" made its way to #23 on the Hot 100 for the week of April 3, 1971. The top tune in the land that week: the Temptations' "Just My Imagination (Running Away With Me)."

Deep Dive: Van Morrison, HIS BAND AND THE STREET CHOIR
THIS IS THE ARTICLE BOX TEMPLATE