April 1971: The Doobie Brothers Debut with THE DOOBIE BROTHERS 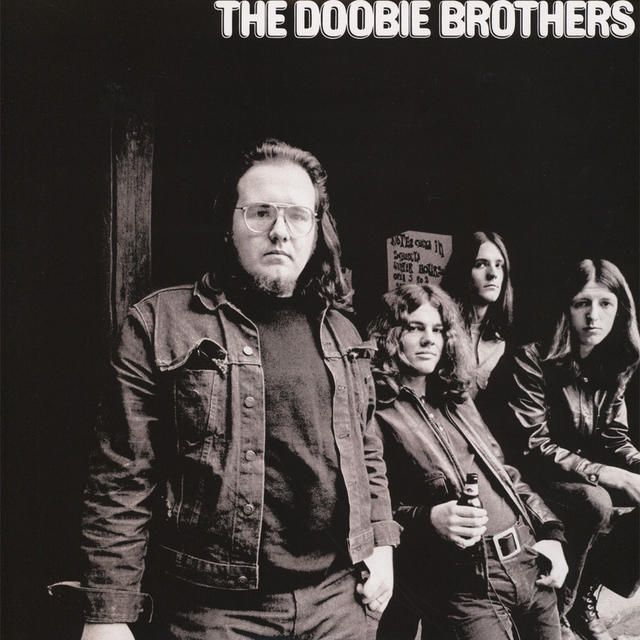 For the Doobie Brothers, the last day of April 1971 is where it officially all began. That's the date when bandleader Tom Johnston, Patrick Simmons, John Hartman and Dave Shogren released the group's very first album. An extension of the San Jose outfit's popularity with Bay Area bikers, the Doobies weren't exactly studio-ready.

"When we did the first album we'd never really been together as a group at all," Simmons admitted to Sounds in 1972. "We were all old friends and we just got high in the studios -- we hadn't planned on making an album at all, but the demos came out so good that we decided to send them into Warner Bros. And they liked them."

Listening back to the album now, and that classic Doobie Brothers sound jumps right out of the grooves from the opening strains of "Nobody," which was the lead single from the LP. Uptempo acoustic guitars and soaring vocal melodies drive the tune, highlighted by a Patrick Simmons guitar solo.

The only thing the Doobies Brothers seemed to be lacking in 1971 was listeners beyond the Bay Area, with the album and single both failing to chart. Definitely disappointed, Johnston and company were ready to get back on the horse with no real major changes to the process.

"We still do everything pretty much the same way as far as writing goes," Johnston told Songfacts on the band's approach to album number two. "We've never been a concept band. Everything is based on songs - whatever songs you come up with are the songs that get recorded. It's usually Pat and I that do the writing, unless we do a cover tune.

"Nobody ever said to me specifically, 'I want a hit, write one,' Johnston added. "This was back in the days when a record company would - and I'm speaking of Warners in particular, but I imagine it was the same in a few other companies - would hang onto you for a while. Today, the first time out of the box, if you don't have a hit, you're gone. And if you have a hit and don't follow it with another hit, you're gone. And those days, you could have a whole album that stiffed - which we did, the first one we did stiffed and we didn't have anything happen until the second album. And that was 'Listen To The Music.'"

The biggest change between the first and second Doobie Brothers albums was the departure of original bassist Dave Shogren, who'd be replaced by a former bandmate of Patrick Simmons, Tiran Porter.

"'Listen to the Music' was the song that got everything going," Johnston stressed. "But (Warners) believed in the band, and they believed that we would eventually come up with something that would happen, and stuck behind us, gave us some money to make the records. And consequently it all paid off."