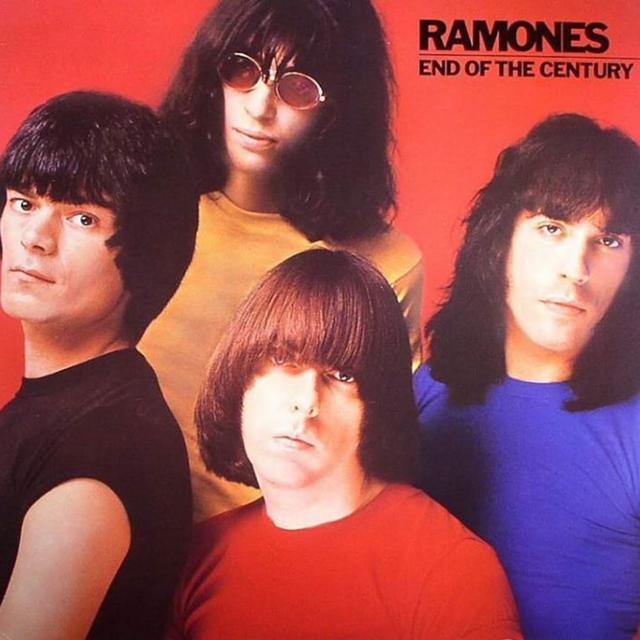 The incredibly true story of the Ramones and producer Phil Spector coming together to make the band's fifth studio record, End of the Century, is one of the great legends in the history of rock 'n' roll. After crafting four albums of genre-defining and indelible punk rock classics, Ramones were somehow not massive rock stars. Instead, the New York band was still slugging it out in clubs across the country to middling album sales, despite inspiring the world around them to see what was really cool in revolutionary rock.

With the 1970s coming to an end, and the band (and its label) chomping at the bit to reach the next level, Ramones took a huge chance by agreeing to work with the legendary Spector on the record. A large part of the Ramones' DNA is the classic "Wall of Sound' pop styling made famous by the producer; at the same time, it pushed out longtime member Tommy Ramone, who'd produced the group's records since stepping down from the Ramones' drum throne.

The tales of the chaotic recordings sessions are notorious. The most prevalent tale is one of Spector pulling a gun on DeeDee Ramone when the bassist threatened to leave a recording session, effectively holding the band hostage. According to Marky Ramone, however, the story is a complete fabrication: "There were no guns pointed at anybody," he told NME in 2008. "They [guns] were there, but he had a license to carry."

Whether or not Spector held the band at gunpoint might be in dispute, but Spector's famously eccentric behavior was on full display during the recording: "Working with Phil was very difficult because I guess he's a perfectionist so he likes to spend a lot of time redoing things and re-listening and it's very time consuming," Johnny Ramone said in 1982. "It's very hard for us. Rock n roll's got to be very spontaneous and a little faster."

"Faster" is the operative word, with Johnny Ramone detailing an excruciating marathon session for a single power chord: "The opening chord to our song 'Rock N Roll High School,' he spent 12 hours sitting there and listening to the same chord over and over again. I mean it's just not worth it. I mean nobody else could hear the difference. The chord came out sounding okay, but 12 hours worth ain't really worth it you know?"

According to Chris Stein of Blondie, there's another lesser-known tale of the sessions: "The Ramones story I remember was that when they were recording he'd be in the control room with the lights off so they couldn't see him and sometimes he'd just leave without telling them and they'd just be standing there."

In the end, it took $200,000 to pay for the time it took to record End of the Century, a far cry from the $6400 it took to make the band's debut and the $10k it cost to produce Leave Home. The album was preceded by lead single "Baby, I Love You," a faithful reproduction of the Ronettes' 1963 classic produced by Spector. While it didn't impact the US charts, in Ireland the cover peaked at #5. In the UK, the single reached #8 on the national chart.

Ramones released End of the Century  on February 4, 1980. The album made a formidable chart run, climbing as high as #44 on the Billboard 200 for the week of March 30, 1980. The #1 album in America that week: Pink Floyd's The Wall. It still stands as the band's highest charting LP on the US chart.

The album's second single, "Do You Remember Rock 'n' Roll Radio," plays like the perfect amalgamation of Ramones' relentless buzz-saw guitar attack and Spector's "Wall of Sound." With reference to such  iconography as Murray the K, T. Rex and Shindig!, the track serves as Ramones' love letter to rock's storied evolution.

"We wanted to work with Phil because... the guy is a legend," Johnny Ramone said during that 1982 interview. "We thought it would be a very good idea to work with a legend. You never when it will be his last project. Plus, we didn't really know how difficult it is to work with the guy before we stepped into it. We found out."