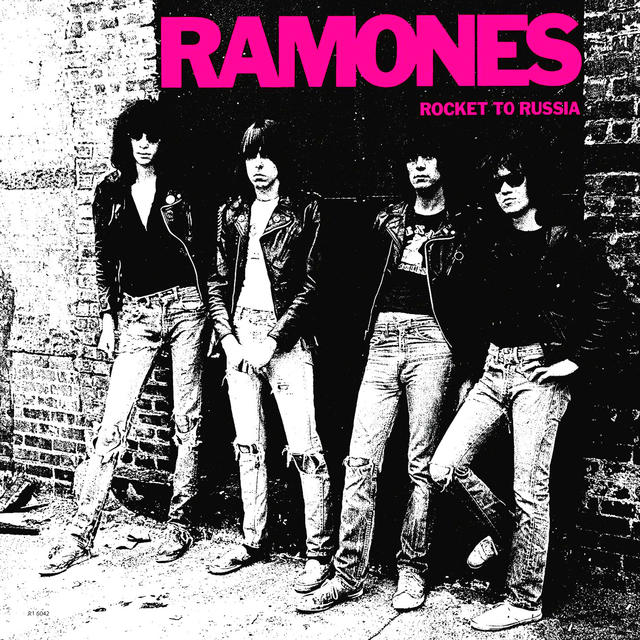 It's easy to hear why so many Ramones fans consider Rocket to Russia as the band's best album. The third (and last) studio effort featuring the original lineup, the record still rocks with an unbridled and casual confidence that oozes from the rapid-fire riffs and bubblegum harmonies. Packed with instant classics including "Sheena is a Punk Rocker," "Rockaway Beach," and "Teenage Lobotomy," Rocket to Russia really should have propelled Ramones to the pinnacle of the rock 'n' roll universe.

Released November 4, 1977, Rocket to Russia did resonate with America youth eager for pure, uncut guitar-powered aggression; the album crashed the Billboard 200 to peak at #49 over the week of February 18, 1978. A formidable showing, considering the most popular album in America that week was the Saturday Night Fever soundtrack.

"I don't think it's any particular direction of any sort. We've always liked pop songs," guitarist Johnny Ramone shrugged when asked if Rocket to Russia was 'more pop than punk' during a 1978 interview. "We're able to write better now. In the beginning, even if we wanted to write pop songs, we were incapable of it. So, it would be more punk. We're punk, we're pop, a little of everything. We wanted a well-balanced album that people could listen to. We keep hearing that everything sounds the same."

Singer Joey Ramone had a similar reaction when it was suggested that the Ramones were 'getting more commercialized': "It happens, you know, there's nothing you can do about it. But we're not into changing to be commercial. We'll never be Fleetwood Mac. We'll never give free concerts in the park."

"This was the best Ramones album, with the classics on it," Johnny Ramone proclaimed in his autobiography, Commando. "The band had reached its peak both in the studio and live. This one has one great song after another, most of them written between our first and second albums."