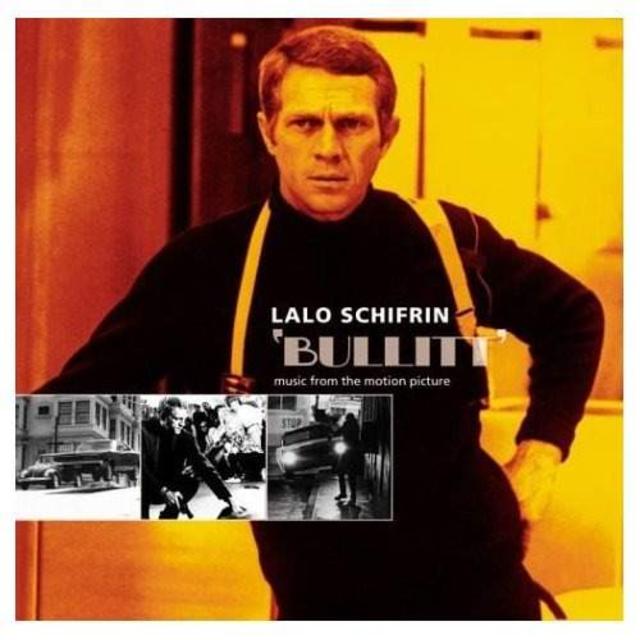 Today’s Digital Roundup consists of a trio of soundtracks – one from the ‘60s, two from the ‘70s – by two masters of movie music, and since both guys are pretty great in their own right, we’ll do things the only fair way and start off alphabetically.

Lalo Schifrin, Boulevard Nights – Original Motion Picture Soundtrack: The first of two efforts by the great Lalo Schifrin, a man who secured street cred with jazz fans in the ‘50s and ‘60s by working with guys like Dizzy Gillespie and Xavier Cugat but earned pop culture immortality in 1966 by writing the theme to Mission: Impossible. Boulevard Nights isn’t necessarily Schifrin’s most well-known film score, and if we’re to be completely honest, it isn’t one of his best, either, but it’s very much an artifact of its time, which is to say that if you were shaking your groove thing to the dying gasps of disco and spent a fair amount of your time getting the funk out, then you’ll probably dig it. (It also helps if you like George Benson, who takes lead vocals on the first track, “Street Tattoo.”)

Lalo Schifrin, Bullitt – Original Motion Picture Soundtrack: Sometimes the only way to really appreciate a movie soundtrack is to close your eyes, listen to the music, and think back to how perfectly it blended with the goings-on on the big screen, but once in awhile a composer will come up with a piece of work that holds together with or without a frame of reference to the film that inspired it. Such is definitely the case with Schifrin’s soundtrack to Bullitt, which is a great listen even for those poor souls who don’t immediately associate it with one of the most bad-ass motion pictures of the 20th century. Like Steve McQueen, it’s quintessentially cool.

John Williams, The Towering Inferno – Original Motion Picture Soundtrack: Shifting gears (and if you don’t think that’s funny after reading a write-up on the Bullitt soundtrack, then you clearly need to buy the Bullitt soundtrack), it’s time now to talk about the great John Williams, who may be known now predominantly for his myriad of collaborations with George Lucas and Steven Spielberg but was also a formidable film-music composer well before Amity Island had that Fourth of July from Hell back in the summer of ’75…and, yes, that is a Jaws reference. Earlier in the ‘70s, Williams was the man behind two Irwin Allen disaster classics: first he took to the water for The Poseidon Adventure, and then came this star-studded saga about a skyscraper going up in flames. For better or worse, you also get Maureen McGovern singing “We May Never Love Like This Again,” but if you skip the schmaltz and just stick to Williams’ efforts, you’ve got some good listening ahead of you. Be aware, however, that this is not the expanded version of the soundtrack that emerged a few years ago but only the standard version. It’s still pretty great, though.