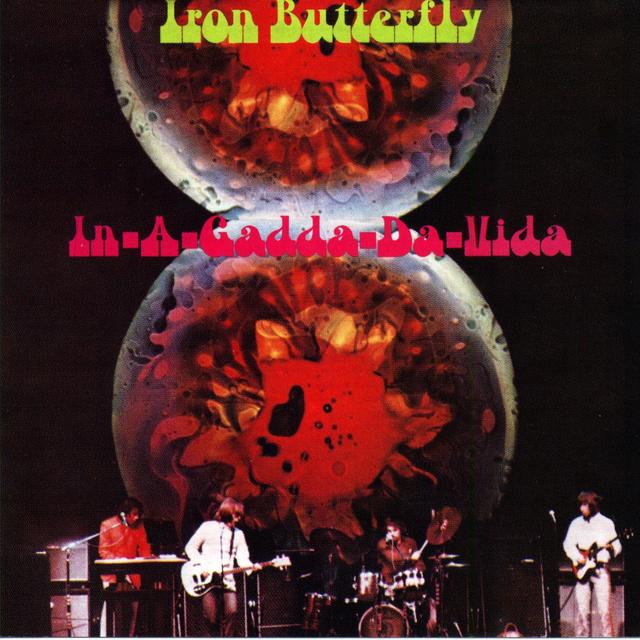 Some have described this album’s title track as proto-metal, while others have referred to it as heavy psychedelic excess, but no matter what you call it, Iron Butterfly’s “In-A-Gadda-Da-Vida” is one of the defining songs of the late ‘60s, an epic-length track that spanned the entire second side of the album that shares its name. Written – like four of the album’s other five songs – by the band’s lead singer, Doug Ingle, the tune was edited down from its original 17:05 length to a more radio-friendly 2:53 single version and climbed all the way to #30 on the Billboard Hot 100. The album, however, made it to #4 on the Billboard Top 200, and it’s gone platinum four times over at this point.

Here are two things that may surprise you about this album:

1.    It wasn’t the band’s first LP. That honor went to HEAVY, which was released earlier in the year, and topped out at #78, with neither of its singles (“Don’t Look Down on Me” and “Unconscious Power” cracking the charts.
2.    BALL, the band’s follow-up to IN-A-GADDA-DA-VIDA, actually charted higher than its predecessor, hitting #3, but it soon began a descent that led to the LP only going gold.

But getting back to IN-A-GADDA-DA-VIDA, it’s definitely not an album for all tastes, but it’s one that’s a sonic time capsule of just how wild popular music could be in the late ‘60s, and it’s a must-hear for any music fan, just so you can know what the kids were listening to at the time. It’s wild, man!