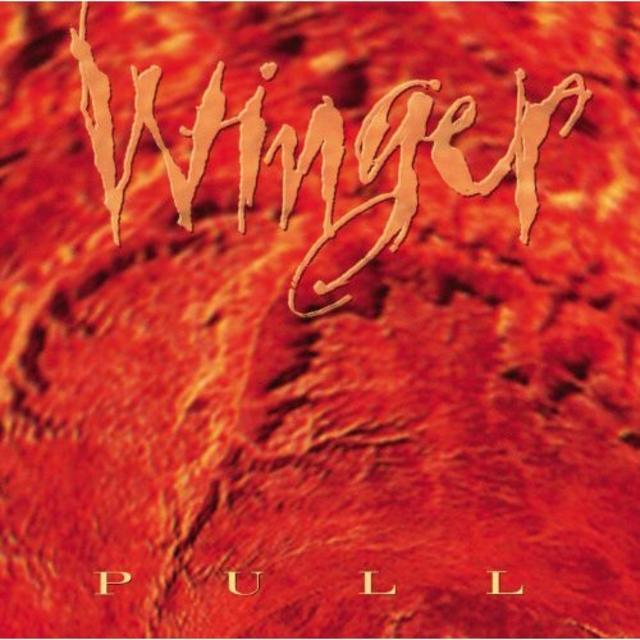 25 years ago today, Winger released their third – and, as it turned out, their final – studio album for Atlantic Records.

PULL was produced by Mike Shipley, one of the most flexible producers in the music business, and that’s no hyperbole: we’re talking about a guy who worked with The Damned, Def Leppard, Devo, Prefab Sprout, Joni Mitchell, Shania Twain, and Andrew W.K., just to name a handful of dozens of LPs on his résumé.

“The songs were very clearly defined and demoed by the time we recorded,” Kip Winger told Rock United in 2010. “What Mike Shipley did was realize it in a phenomenal way. Also, it was the first time I was able to ‘hear’ timing on a micro scale. Mike's ear is better than anyone I've ever met.”

Based on that remark, you won’t be surprised to learn that Shipley and Kip Winger collaborated again on Kip’s 1999 solo album, DOWN INCOGNITO. In regards to this LP, however, Kip’s feelings about the strength of the material didn’t stop him from kiddingly (but probably not that kiddingly) selecting PULL as the title because he was already having visions of rock critics using it for skeet-shooting practice.

He was right, of course. But the fans didn’t seem to care: they still bought it, listened to it, and loved it. The problem was that a lot of the folks who’d bought Winger’s first album had moved on from metal to grunge by the time they’d released their second album, so by the time they’d released PULL, they weren’t following the band closely enough to know that their sound had been evolving away from hair metal and into something decidedly more mature. As such, Winger found themselves shifting less units with each LP, yet the path they were following was one that helped they actually find themselves creatively.

“In many ways, [PULL] was the birth of the band, because the first two records were the outcome of the relationship I had with Beau Hill, the producer,” Winger told Rock Pages. “That was a 10-year relationship. There were things that happened on the first couple of records that were absolutely fantastic. But there were also some things in there that didn’t quite represent who we were as a band. When the third album came and I was able to work with a couple of different people, I was able to refocus the sound of the band back to what I originally hoped for in the beginning. Add to that the fact that we were better as songwriters, better as lyricists…it was kinda like the perfect storm for us. Also, we had some really bad press at the time and the pressure was really on so we had a lot to prove. So all those things kinda found a way into the album and made it what it is.”

If you ever considered yourself a Winger fan and you’ve never heard PULL, well, it’s never too late: give it a spin and see what you think.

Happy 30th: Winger, IN THE HEART OF THE YOUNG
THIS IS THE ARTICLE BOX TEMPLATE