Happy 30th: Winger, IN THE HEART OF THE YOUNG 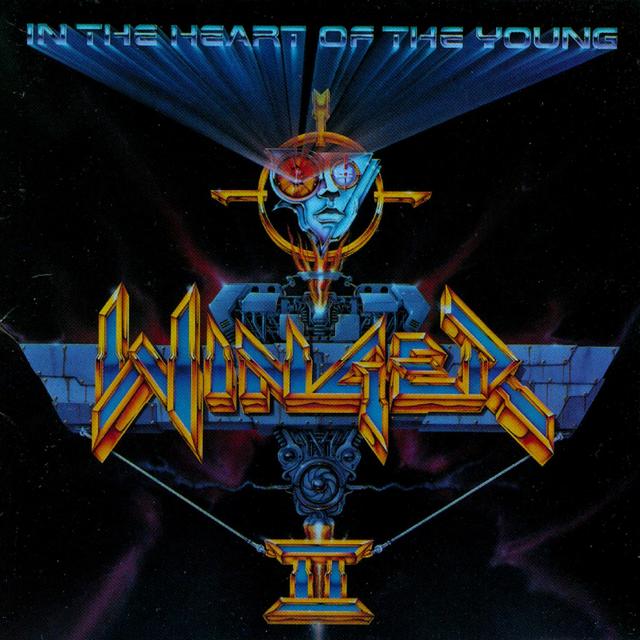 30 years ago today, Winger released their sophomore album, an LP which – although it didn’t exactly duplicate the success of its predecessor – nonetheless managed to deliver more than respectable sales for a second album.

Produced by Beau Hill and recorded at the Burbank studio known as “The Enterprise,” IN THE HEART OF THE YOUNG bore more than a little sonic resemblance to the band’s self-titled debut, as one would expect, but there were definitely signs of musical growth, including slight turns into prog-rock and sentimental balladeering. It’s probably best remembered for its second single, “Miles Away,” which climbed to #12 on the Hot 100, but you might also remember “Can’t Get Enough” and/or “Easy Come Easy Go,” both of which bubbled just under the top 40, hitting #42 and #41, respectively.

IN THE HEART OF THE YOUNG ultimately climbed to #15 on the Top 200, going platinum when all was said and done, and the band tour behind it for more than year, appearing on bills with everyone from Kiss to ZZ Top. Alas, Winger wouldn’t release a follow-up until 1993, and by the time PULL hit record store shelves, many of the band’s fans had moved on, but at least they can take comfort in knowing that they did not succumb to the so-called sophomore slump.

In the Heart of the Young

Happy 25th: Winger, PULL
THIS IS THE ARTICLE BOX TEMPLATE