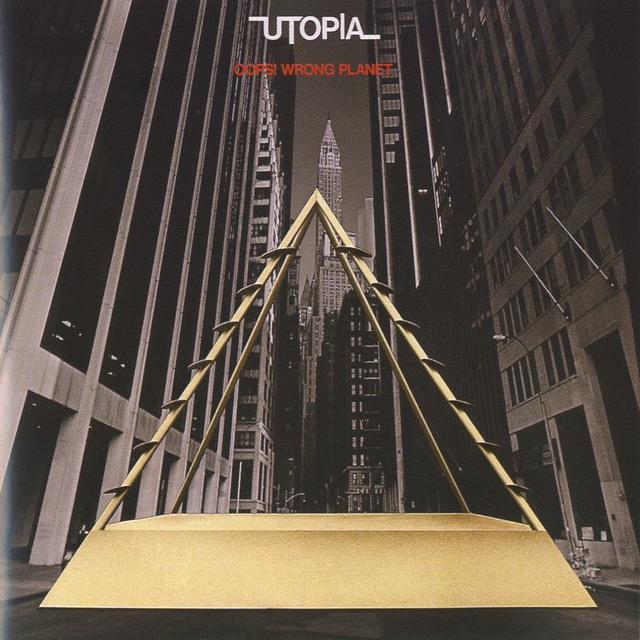 40 years ago this month, Utopia released their third studio album, the most pop-centric effort of the band’s career up to that point.

Recorded at the not-coincidentally-named Utopia Sound, OOPS! WRONG PLANET emerged between two of Todd Rundgren’s solo albums (1976’s FAITHFUL and 1978’s HERMIT OF MINK HOLLOW), and was markedly different in sound from Utopia’s previous album, RA, which had come out in February 1977. Yes, that’s right, this was an era when bands could release a second album in the span of a single year and not have their label complain about the fact that they hadn’t yet had a chance to fully market the first album.

Looking back at OOPS! WRONG PLANET and listening to it now, the most surprising thing about it is that Utopia failed to score a hit single with the album’s closer, “Love is the Answer.” Fortunately, the song still managed to secure success for its composer (Rundgren) when England Dan and John Ford Coley recorded it: the song climbed all the way to #1 on Billboard’s Adult Contemporary Singles chart. There are a few other tracks which could’ve easily been hits as well, among them “Trapped” and “Love in Action,” but neither of those songs saw single release for Utopia or anyone else, sadly.

Although OOPS! WRONG PLANET didn’t score any hits, it did sell slightly better than its predecessor, hitting #73 on the Billboard 200. More importantly, though, it served as a solidification of what sort of sound Utopia would be pursuing for the long haul, preparing fans for such future pop classics as ADVENTURES IN UTOPIA, DEFACE THE MUSIC, and SWING TO THE RIGHT.