THIS IS THE ARTICLE FULL TEMPLATE
60s World Happy Anniversary
Dr. John
THIS IS THE FIELD NODE IMAGE ARTICLE TEMPLATE 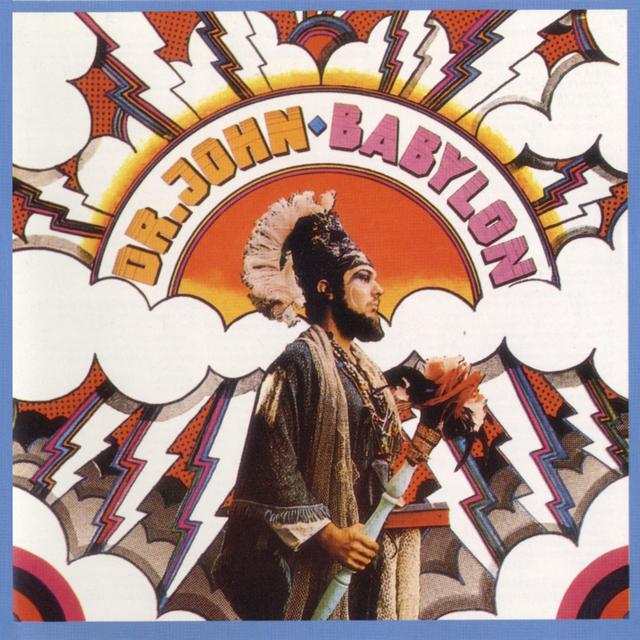 50 years ago today, Dr. John released his sophomore LP, an album which didn’t blow the minds of critics in quite the same way as his debut (GRIS-GRIS) but nonetheless continued to reveal what a unique musical artist he was…and remains, thankfully.

Produced by Harold Battiste at Gold Star Studios in Los Angeles, BABYLON was an album which Dr. John described in his autobiography, Under a Hoodoo Moon, as “an attempt to say something about the times – and to do it with a few unusual musical time signatures.” It’s fair to say that he succeeded on both counts, and insofar as the latter goes, he didn’t waste any time getting unusual.

“The lead song, ‘Babylon,’ sets the tone,” wrote Dr. John. “To a ¾ and 10/4 groove, it lays out my own sick-ass view of the world then – namely, that I felt our number was up. We were trying to get into something…with visions of the end of the world – as if Hieronymus Bosch had cut an album.”

In his AllMusic review of BABYLON, Richie Unterberger wrote, “The production is sparser and more reliant on female backup vocals than his debut. Dr. John remains intent on fusing voodoo and R&B, but the mood is oddly bleak and despairing, in comparison with the wild Mardi Gras-gone-amok tone of his first LP. The hushed, damned atmosphere and after-hours R&B sound a bit like Van Morrison on a bummer trip at times, as peculiar as that might seem.” In the end, he summed it up by saying that “it has enough of an eerie fascination to merit investigation.”

And, hey, when better to investigate than on its 50th anniversary?

R.I.P., Dr. John
THIS IS THE ARTICLE BOX TEMPLATE