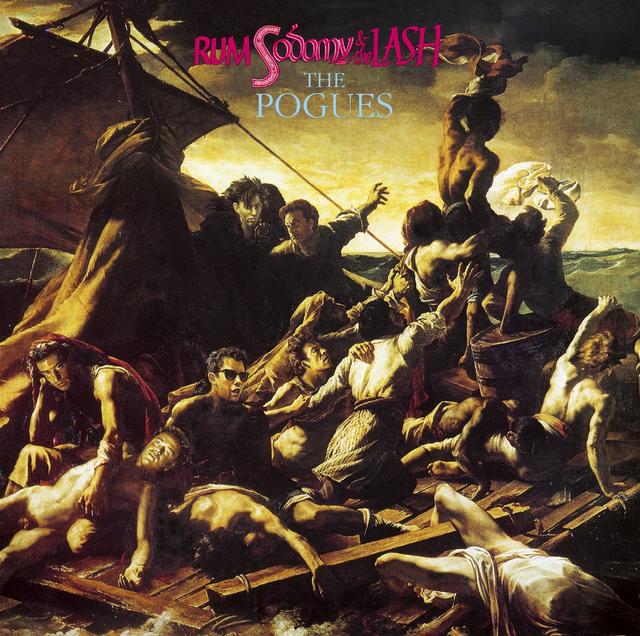 33 years ago this week, The Pogues released their second studio album, an LP which provided them with their first – and second – single to hit the UK charts and became the first gold record of the band’s career.

Produced predominantly by Elvis Costello – the lone exception: the band’s cover of Ewan MacColl’s “Dirty Old Town,” which was helmed by band member Philip Chevron – RUM, SODOMY & THE LASH takes its title from a quotation which may or may not have actually been uttered by Winston Churchill but is still pretty great either way: “Don’t talk to me about naval tradition: it’s nothing but rum, sodomy, and the lash.” The LP was rapturously received by critics at the time of its initial release, and those plaudits have, if anything, gotten even stronger over the intervening years. AllMusic.com writer Mark Deming has described it as “just a bit short of being the Pogues’ best album, but [it] was the first one to prove that they were a great band, and not just a great idea for a band.”

In regards to the album’s singles, “A Pair of Brown Eyes” was the first to chart, hitting #72 on the UK Singles chart, and it was soon followed by “Sally MacLennane” (#51) and the aforementioned “Dirty Old Town” (#62). More important to the Pogues’ career, however, was the way the album itself sold: it made it all the way to #13 on the UK Albums chart, and it began a degree of career momentum for the band that carried them all the way to #3 with their next LP, IF I SHOULD FALL FROM GRACE WITH GOD. But that’s a story for another time.