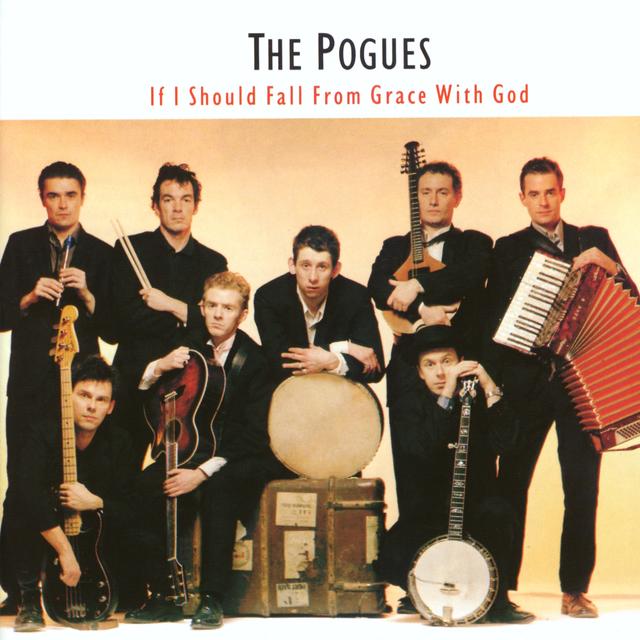 Welcome to “Seasonal Streaming,” where – with an awareness of the holidays on the horizon (yes, they’re still pretty distant now, but they’re literally getting closer every day) – we take a look at a tune from the Rhino digital catalog that, if it isn’t already on your radar, certainly should be.

When it comes to holiday songs of semi-recent vintage that have become seasonal standards, your mind may go to tunes by Wham! or Paul McCartney or even Band Aid, but for the cool kids, it just isn’t Christmas without hearing “Fairytale of New York.” Penned by Jem Finer and Shane MacGowan and produced by Steve Lillywhite, the song came into existence in 1985, well before it actually made it onto record store shelves.

"I sat down, opened the sherry, got the peanuts out and pretended it was Christmas,” MacGowan told New Musical Express in an ’85 interview. “It’s quite sloppy, more like 'A Pair of Brown Eyes' than 'Sally MacLennane,’ but there's also a céilidh bit in the middle which you can definitely dance to. Like a country and Irish ballad, but one you can do a brisk waltz to, especially when you've got about three of these [drinks] inside you... But the song itself is quite depressing in the end, it's about these old Irish-American Broadway stars who are sitting round at Christmas talking about whether things are going okay."

It must be said that, despite MacGowan’s decidedly memorable vocal turn on the tune, the song lives and dies not by MacGowan’s vocals but, rather, by a heavenly voice belonging to a woman who, at the time, was married to the song’s producer: Kirsty MacColl. Serving as the voice of sobriety to MacGowan’s wayward drunkard, MacColl – who can be heard on songs by everyone from the Rolling Stones to the Talking Heads – delivers a performance on the tune which is arguably her greatest musical accomplishment outside of her solo career.

Released in November 1987 in the UK and Ireland, the song climbed to #1 on the Irish Singles charts, where it remained for five weeks, and in the wake of MacColl and the Pogues performing the tune on Top of the Pops, it climbed to #2 on the UK Singles chart. Since then, however, it’s managed to make its way back onto the charts a few other times, hitting #36 with its 1991 reissue and climbing to #3 after a 2005 reissue, one for which all proceeds went partly to homeless charities and partly to the Justice for Kirsty campaign.

Yes, alas, MacColl was killed in 2000 when she was struck by a powerboat while pushing her son out of the boat’s path, and the intent of the campaign was to determine who was responsible for her death and bring them to justice. To date, this has yet to happen.

But let’s not end this on a down note: instead, let’s think about “Fairytale of New York,” which – while not necessarily what you’d call the happiest of holiday tunes – is one of the greatest songs ever recorded by the Pogues or Ms. MacColl, and it’s one that many never tire of hearing, including the majority of the residents of Rhino HQ.

If I Should Fall From Grace With God (Expanded Edition)