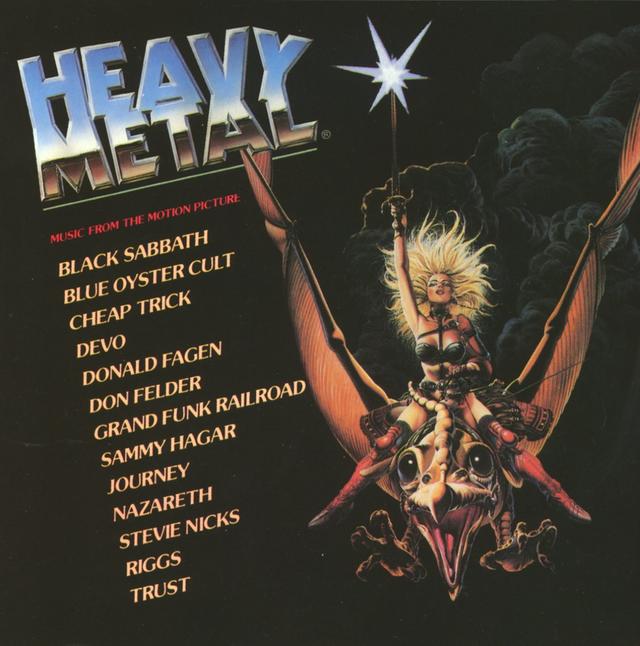 In the summer of 1981, anticipation for all things Heavy Metal was at an all-time high. The popular Canadian science-fantasy magazine of the same name was being turned into a full-length animated feature film, complete with a soundtrack packed with new tracks from some of rock's biggest acts: Journey, Stevie Nicks, Cheap Trick, Black Sabbath, Sammy Hagar, Devo, and more.

Released in July 1981, the Heavy Metal soundtrack hit rock radio hard upon arrival. The title track, "Heavy Metal (Takin' a Ride)" was released as the lead single, with the cool AOR tune flirting with the top 40, peaking at #43 on the Hot 100 for the week of October 3, 1981.

Sammy Hagar also had a track on the LP titled "Heavy Metal"; while not a single, the high-energy tune was a smash on FM stations across the country. Other standout tracks include Cheap Trick's stellar "Reach Out," notable for being the only CT song penned by bassist Pete Comita, who briefly replaced Tom Peterson in the early 1980s. There's also "True Companion," the first solo song from Donald Fagen after Steely Dan went on hiatus post-Gaucho. Fagen's voice doesn't appear on the five-minute track until almost three-and-a-half minutes in. It's a classic Fagen move, with the cool, jazzy vibes not unlike those found on his debut solo album, The Nightfly. Stevie Nicks offered up "Blue Lamp," an uptempo outtake from the Bella Donna sessions, while Devo cranked out a modernized take on Lee Dorsey's 1966 R&B classic, "Working in the Coal Mine."