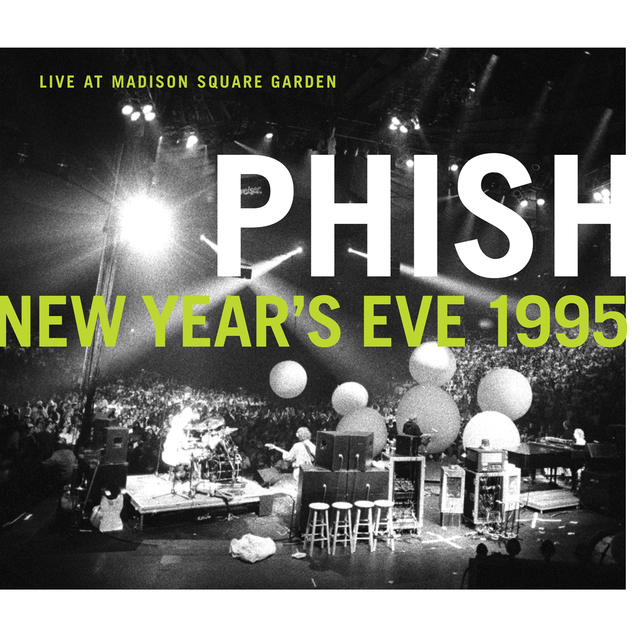 There are reasons Phish fans count their New Year’s Eve gig at New York City’s famed Madison Square Garden to be one of their best. The show contained everything about the band that was so lovable to their tribe – their whimsy, their exploratory inclinations, their genuine love of interaction with the audience, the forward-looking sentiment of the occasion, the historical import of the venue. Of course, there was also the setlist, heavy with crowd favorites and rarities their longtime faithful treated like secret handshakes. Mostly, though, the show is so revered because on December 31, 1995 – more than a decade into the band’s career and four years before their first hiatus – there was no better place for a Phish fan to be.

Fortunately, though unsurprisingly, the occasion was recorded for posterity, both by their legion of tapers, as well as by the band themselves. The resulting album not only serves to mark the moment in Phish lore; it’s also a loose and fun way to spend three and a half hours of your listening time.

Speaking of Phish lore, several of the highlights from the set date back to some of the band’s earliest work, establishing and elaborating on the fictional “Gamehendge” saga of their never-officially-released album THE MAN WHO STEPPED INTO YESTERDAY (which served as guitarist Trey Anastasio’s senior college thesis). “The Sloth” rocks hard, while “The Lizards” veers from staid verses to frantic chorus, into a lovely jam between Anastasio and keyboardist Page McConnell. Then there’s the suite that builds from “Colonel Forbin’s Ascent” through “Fly Famous Mockingbird,” with a stop in the middle to play a snippet of (for whatever reason) Collective Soul’s “Shine.” It’s playful, musically probing and, most of all, a good bit of fun to keep up with.

More fan favorites abound, like a breakneck run through “Chalk Dust Torture” and a “Runaway Jim” that goes 16 minutes and opens into a jam that goes from purely joyful to synthy and exploratory. There are two songs from the Who’s QUADROPHENIA (which the band covered in its entirety at their Halloween gig that year) – “Drowned” crackles with sharp musical interplay, while “Sea and Sand” serves as something of a breather, though it’s a bit out of place, divorced from QUADROPHENIA’s larger narrative.

The breather doesn’t last long, though, because that song leads into an epic “You Enjoy Myself,” a full 25 minutes of melody, mood and motion that starts with all-hands-on-deck instrumental interplay, and ends with gymnastic vocal harmonies that sound beamed down from elsewhere in the cosmos.

That one long, long song more or less encapsulates Phish’s many strengths, and serves as the centerpiece of this one-of-a-kind recording. Put it on and let yourself sink in.