May 1980: Ramones Release DO YOU REMEMBER ROCK 'N' ROLL RADIO? 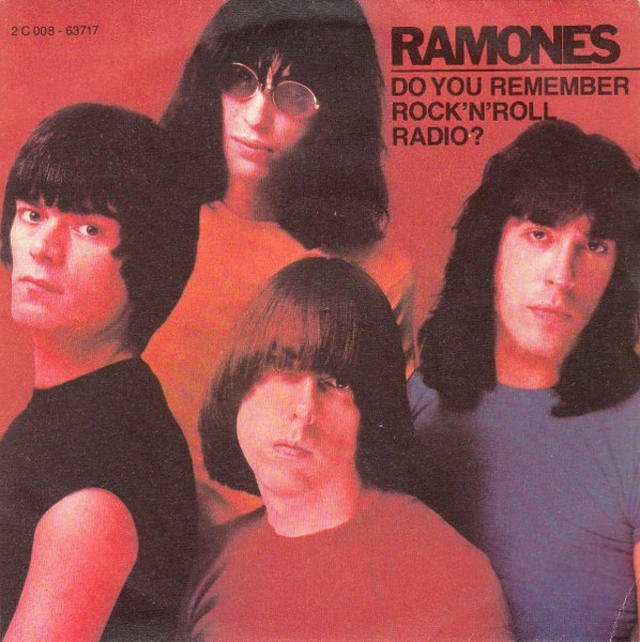 Much of the Ramones long and storied career can be paraphrased with an old adage from the band's favorite sport, the all-American pastime that is baseball: "We'll get 'em next time."

Despite the band's perfect storm of explosive blink-and-you'll-miss-them punk rock anthems packed with classic pop melodies and indelible hooks (not to mention a timeless and eternally inspirational look), the Ramones never enjoyed the kind of chart-topping and arena-filling success that should have come with being such a seminal group. Instead, they blazed trails and created templates for emerging bands to emulate (and often imitate) en route to the kind of achievements Ramones could only dream of.

Case in point: Ramones' fifth studio album, End of the Century. The band took a bold and brave chance by teaming up with famous pop producer, Phil Spector, to make the record. The plan was to combine the band's explosive sound with Spector's "Wall of Soung" to rock the charts. The results are both legendary and infamous, depending on who's doing the talking.

"That was in LA at Gold Star Studios, and Phil Spector was at the helm. He was the producer," remembered Marky Ramone during an interview with Songfacts. "We did our basic tracks to 'Do You Remember Rock 'n' Roll Radio?' and 'Rock 'n' Roll High School,' then, again, John would do his rhythm, Dee Dee the bass, and then Joey the vocals.

"Then, Phil would add about 30 more instruments onto these songs! Especially "Do You Remember Rock 'n' Roll Radio?" - the saxes, the strings, the keyboards, the percussion," Marky continued. "It's mountainous the way that song is. He had a lot of great studio musicians playing on that album just to create a wall of sound, which he was known for. That song took a while. There's a lot of parts in it."

"We wanted to work with Phil because... the guy is a legend," Johnny Ramone said during an interview in 1982. "We thought it would be a very good idea to work with a legend. You never when it will be his last project. Plus, we didn't really know how difficult it is to work with the guy before we stepped into it. We found out."

Slotted as the opening track on End of the Century, "Do You Remember Rock 'n' Roll Radio" was released as the album's second single. Released May 16, 1980, the track was another under-performer on the charts, failing to register on the Billboard Hot 100.

“At that point, I knew, I finally accepted, that we wouldn’t sell any records,” Johnny sighed in the End Of The Century doc. “Accept it. This is your spot in life.”

FUN FACT: The voice that opens and closes the track talking about "rock and roll radio" is that of the late real-life radio DJ Sean Donahue, who worked at radio stations in San Francisco (KSAN) and San Jose (KOME, KSJP).

February 1983: When Ramones Roared Back with SUBTERRANEAN JUNGLE
THIS IS THE ARTICLE BOX TEMPLATE