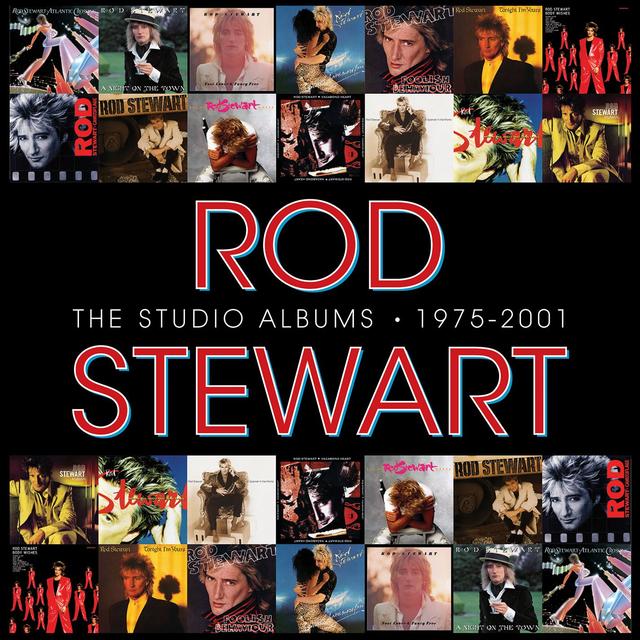 Rod Stewart is alive, well, and continuing to record new material, but from 1975 through 2001, he was releasing his work through Warner Brothers Records, releasing 14 studio albums during the course of his time for the label, scoring an absurd number of hits and achieving the highly impressive feat of releasing platinum-selling LPs in three consecutive decades.

Now, Rhino is releasing a 14-disc box set which includes all 14 of those Warner Brothers albums, stretching from 1975’s ATLANTIC CROSSING all the way through to 2001’s HUMAN. In other words, if you enjoyed all of the hit singles Rod released during those years but never got around to picking up any of the CDs from whence they came, well, now you can pick up all of those CDs in one handy clamshell case!

Here’s what’s included on the set, which is in stores now!