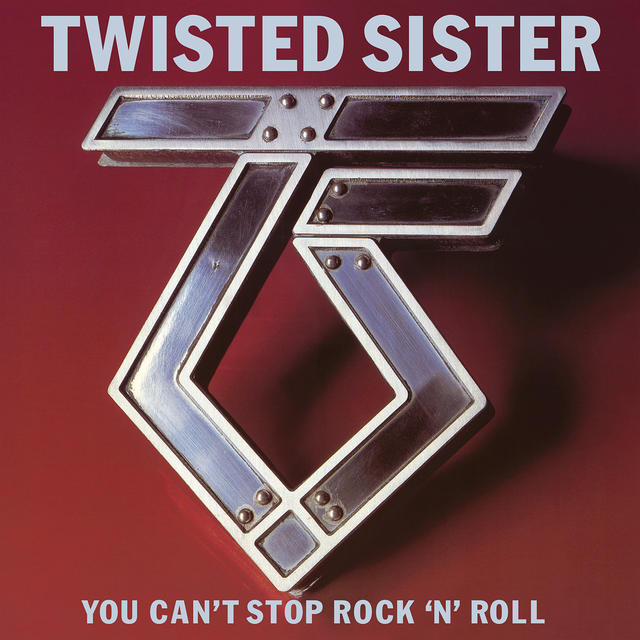 On August 10, Rhino probably made more than a few Twisted Sister fans grouchy by offering up a double-LP, colored vinyl version of the band’s LIVE AT THE MARQUEE 1983 album which was available at all independent retailers but was not, alas, available in any other format.

As of today, LIVE AT THE MARQUEE 1983 is available on CD as well as digitally and via streaming services. This is obviously good news for those Twisted Sister fans who don’t live and die by what’s available on vinyl, but there’s even better news: this concert is available as part of a 2-CD set…and the first CD contains the band’s 1983 album YOU CAN’T STOP ROCK ‘N’ ROLL, and in addition to being newly remastered, it also now features three studio bonus tracks – “One Man Woman,”  “Four Barrel Heart of Love,” and “Feel the Power” – which originally appeared on the B-side of the band’s YOU CAN’T STOP ROCK ‘N’ ROLL EP.

Twisted Sister made its Atlantic Records debut in 1983 with You Can't Stop Rock 'N' Roll. The album was a turning point for the quintet and helped set the stage for their rise to fame over the coming years. Rhino revisits Twisted Sister's early days with a newly remastered version of that album, which has been expanded with rare live performances recorded in London months before the studio album was released.

Here’s the full track listing for both YOU CAN’T STOP ROCK ‘N’ ROLL and LIVE AT THE MARQUEE 1983, so you’ll know what you’re getting into, but just know that you can get into it right now, because it’s in stores at this very moment!