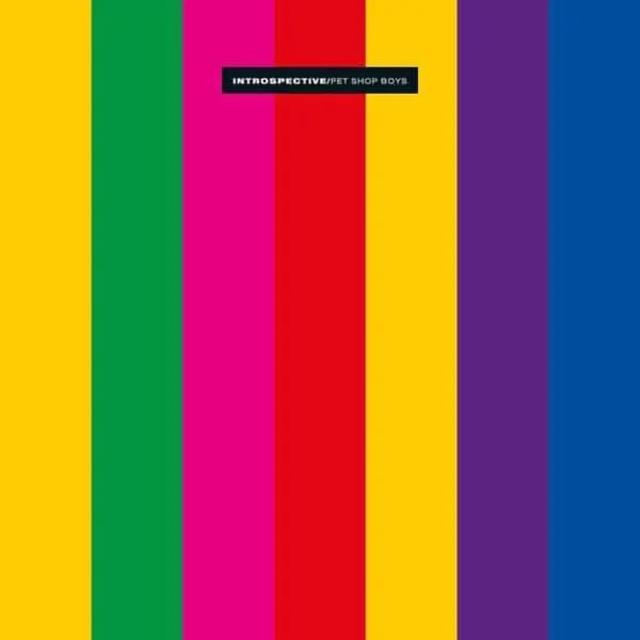 By 1988, Pet Shop Boys were among the UK's most successful new pop acts. The duo's debut LP, Please, had peaked at #3 on the UK Album charts, featuring the breakthrough single "West End Girls," which was so huge it topped the Billboard Hot 100 here in America for the week of May 10, 1986. The group's second album, Actually, soared to #2 in the UK, boasting hit singles "It's a Sin" and "What Have I Done to Deserve This?"

When it came to the band's third album, Neil Tennant and Chris Lowe used their freshly minted clout to do something radically different; a full-length LP populated with extended dance remixes of new songs. All six tracks run for at least 6:15, with the longest tune--a cover of Chicago house artist Sterling Void's 1987 track, "It's All Right," re-titled as "It's Alright"--clocking it at 9:24. The album title: Introspective.

"The songs are all quite introspective songs in terms of the lyrics," Tennant told MTV in 1988. "They're not 'Get down and boogie' songs at all. So there's a fantastic contradiction there between the lyrics, which are introspective, and the fact that it is dance music."

Tennant did take issue with MTV terming Pet Shop Boys' lyrics as being generally "miserable" during the report: "They may be 'miserable,'" the vocalist deadpanned, "but there's always a light at the end of the tunnel in our songs. Happy songs are always banal, because... it's never very interesting, being happy."

Kicking off the Introspective campaign was lead single "Domino Dancing" in November 1988. They duo traveled to Miami in order to work with producer Lewis A. Martineé (they were fans of his work with freestyle act Exposé) on the song, which peaked at #7 on the UK Singles chart. In America, the song topped out at #18 on the Hot 100. On the US Dance Club Songs chart, "Domino Dancing" reached #5.

The second single from the set was opening track "Left to My Own Devices," which marked PSB's first recording with a symphony orchestra: "This person goes through life always doing what he wanted to do," Tennant once said of the tune. "I liked the idea of writing a really up pop song about being left alone. This song is a day in the life of someone, so it starts off with getting out of bed and being on the phone and drinking tea and all the rest of it, and it ends up with coming home. By this time I was making the words very exaggerated and camp, though writing a book and going on stage were both things I had wanted to do when I was young."

It was June 1989 when the duo dropped the third and final single from Introspective, house track "It's Alright," which proved to be another success, peaking at #5 on the UK Singles chart. In Ireland, it reached #2.

Introspective--released October 10, 1988--was yet another full-length hit during Pet Shop Boys' vaunted "Imperial phase," climbing as high as #2 on the UK album chart in October 1988. Only U2's massive Rattle and Hum double-LP kept Tennant and Lowe from the top spot.