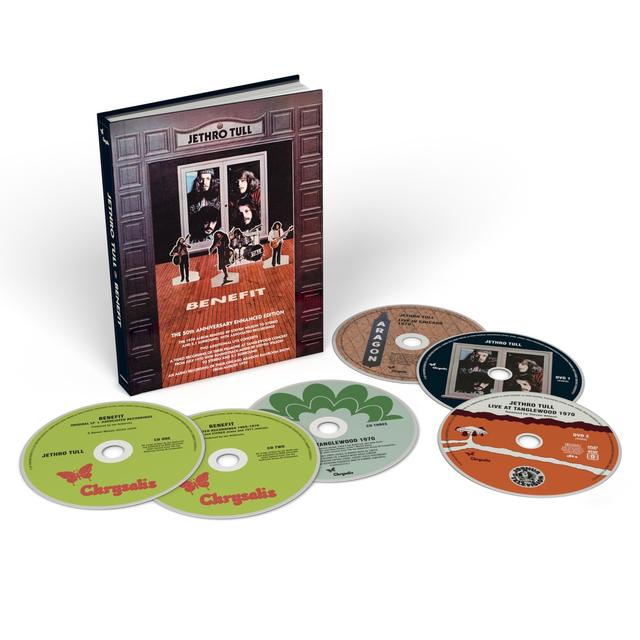 It's Christmas time, there's no need to be afraid... of giving the perfect gift! Which, of course, is always music. Take the reigning Anglophiles in your life. You know who I'm talking about: has never been to England, but collects photos of vintage Aston Martins, calls soccer "football," and signs off with, "Cheers, mate!" We love them! Which is why we want to hit them with something really good for the gift-giving seasons. Here are a couple of collections sure to put smiles on their faces when they open them.

JETHRO TULL, BENEFIT (The 50th ANNIVERSARY ENHANCED EDITION)
BENEFIT (THE 50th ANNIVERSARY ENHANCED EDITION) contains a copious amount of expanded material, building upon the 2013 Steven Wilson remixes. CD3 contains a previously unreleased Steven Wilson remix of Jethro Tull performing at Tanglewood in 1970, while DVD2 has the previously unavailable film footage of that show. Further to that, CD4 contains a newly remastered mono version of a previously unreleased concert at The Aragon Ballroom in 1970. The 100-page book, enclosed within the elegant, hardback book packaging, contains an essay from Martin Webb, who expands upon the 2013 "A Collector's Edition" booklet notes. Following that are comments on each of the album's tracks from Ian Anderson, Martin Barre, Glenn Cornick, and Clive Bunker, as well as interviews with Robin Black (studio engineer of Benefit and many other Jethro Tull albums), Terry Ellis ('executive producer' of Benefit), Joshua White who directed the 1970 Tanglewood Festival which features on DVD2, and Steven Wilson explaining the mixing of Benefit in 2013. The masses of anecdotes are surrounded by legions of images of the band and memorabilia from the era. GET IT. 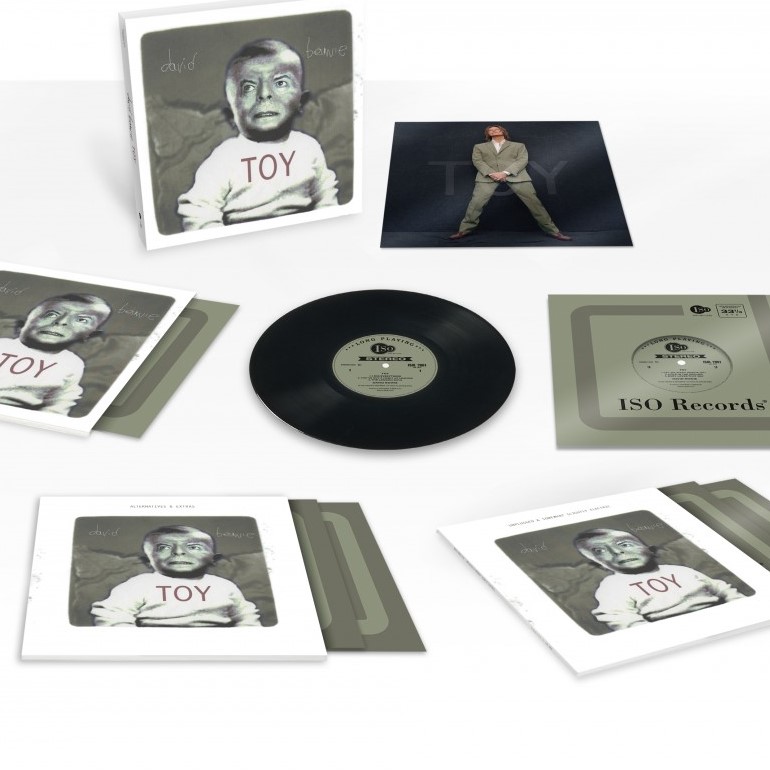 TOY was recorded following David's triumphant Glastonbury 2000 performance. Bowie entered the studio with his band, Mark Plati, Sterling Campbell, Gail Ann Dorsey, Earl Slick, Mike Garson, Holly Palmer and Emm Gryner, to record new interpretations of songs he’d first recorded from 1964-1971. David planned to record the album ‘old school’ with the band playing live, choose the best takes and then release it as soon as humanly possible in a remarkably prescient manner. Unfortunately, in 2001 the concept of the ‘surprise drop’ album release and the technology to support it were still quite a few years off, making it impossible to release TOY, as the album was now named, out to fans as instantly as David wanted. In the interim, David did what he did best; he moved on to something new, which began with a handful of new songs from the same sessions and ultimately became the album HEATHEN, released in 2002 and now acknowledged as one of his finest moments.

Available in 3CD or 6x10” vinyl formats, TOY (TOY:BOX) is a special edition of the TOY album. The ‘capture the moment’ approach of the recording sessions are extended to the sleeve artwork designed by Bowie featuring a photo of him as a baby with a contemporary face. The package also contains a 16-page full-colour book featuring previously unseen photographs by Frank Ockenfels 3. Secure your copy right here. 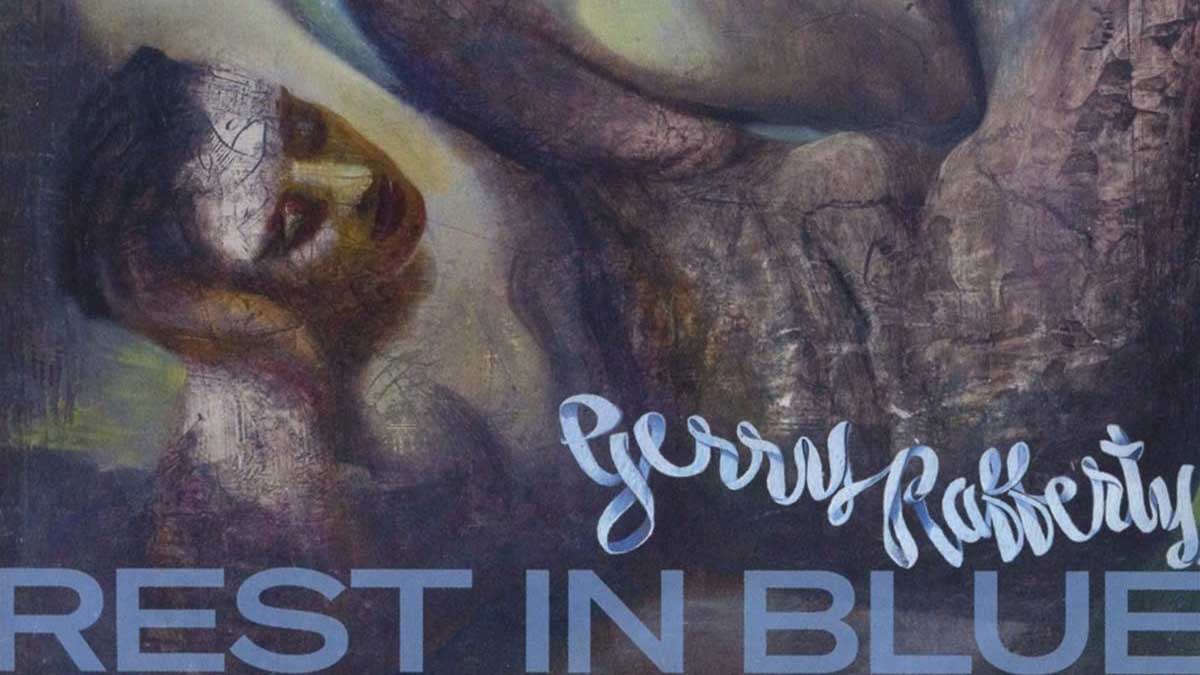 Gerry Rafferty, REST IN BLUE
From 2006, Gerry started work on a new album on and off, but sadly passed away in 2011. His daughter, Martha Rafferty, sought to complete a project started by father, culminating in RES IN BLUE. Many of the demos left by Gerry included multiple layers of synths, which Martha stripped back to showcase his immense vocal ability. The result is an album brimming with raw emotion, and a quintessential collection of blues, rock, and folk. Some of the demos date back as far as 1970, many of which Rafferty had singled out as potential tracks for his new album.

With elements of the songs written at varying parts of Gerry's career, the album tackles a variety of topics including, climate change on Sign Of The Times, questioning the legality of war in Lost Highway, and addressing problems with his alcoholism in the emotively honest Still In Denial. As well as many brand-new originals penned by Gerry, the album features popular traditional folk songs such as Wild Mountain Thyme and Dirty Old Town. It also features a cover of Richard & Linda Thompson’s It's Just The Motion, an artist Gerry was a big admirer of. The album finishes with a re-record of the Stealers Wheel classic Stuck In The Middle With You recorded back in the 90s, that gives the track a fresh, country-inspired interpretation. GET IT.

May 1979: When David Bowie Fell to Earth as the LODGER
THIS IS THE ARTICLE BOX TEMPLATE