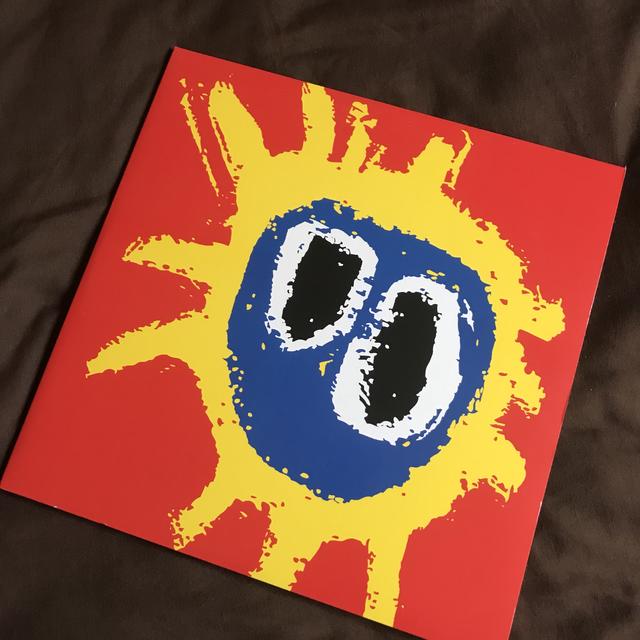 The year 1991 was a seminal moment for popular music. In America, the likes of Pearl Jam (Ten), Red Hot Chili Peppers (Blood Sugar Sex Magik) and Nirvana (Nevermind) were ushering a new sound and attitude into the world of rock 'n' roll. At the same time, hip-hop was experiencing its own reinvention by way of A Tribe Called Quest (The Low End Theory), Cypress Hill (Cypress Hill), and De La Soul (De La Soul is Dead).

Across the Atlantic, huge new strides in sound were being made by acts including My Bloody Valentine (Loveless), Saint Etienne (Fox Base Alpha), and Scottish psych-rock legends, Primal Scream with the band's signature LP, Screamadelica.

Released September 23, 1991, Screamadelica found Primal Scream stage-diving directly into the heart of the then-burgeoning "Acid House" scene that had taken over the UK. As dance DJs played the latest records from Chicago to massive crowds at often illegal parties across the European countryside, Primal Scream eagerly embraced the sound and its surrounding drug culture.

"Acid house was similar to the LSD explosion of the sixties. The music was different, but I think it released a similar amount of energy and creativity in people who maybe hadn't realized they had that inside them before," Primal Scream singer Bobby Gillespie said during a 2018 interview. "What I liked about the whole acid thing was that you were dancing. Maybe you were dancing because you were on MDMA, but nevertheless there were a lot of electronic funk rhythms going on. The energy in the clubs was intense. It reminded me of early rock 'n' roll and punk. And that energy was extremely seductive. So we were up for days, living what it says in the songs. But we were a serious band when it came to recording and gigs. We may have partied at the weekends, but every week we were in the studio writing. At that point in your life you’re really out to prove to the world what you can do."

Screamdelica featured the late DJ legend Andy Weatherall as its primary producer, incorporating other figures from the dance music world to remix the band's recordings into anthem from another dimension.

"With Andy Weatherall, I think we were both coming from the same place," Gillespie explained. "I think we married a rock 'n' roll attitude and sensibility and songwriting instinct to Andy's knowledge of the dance-floor and contemporary rhythms. Also, Andy was a bit of a punk. He wasn't a musician, but what he had was ideas in abundance. I think the best records are not just made by people with loads of technique, it's about attitude and imagination. And between Andy and us - and The Orb and (famous Rolling Stones producer) Jimmy Miller - we made a fantastic record."

After the lead single, "Loaded," crashed the top 20 to peak at #16, Screamadelica was still something of a surprise hit in the UK, with the LP climbing all the way to #8 on the national charts. The album's influence was so strong that it went on to win the very first Mercury Prize in 1992.

"We had a f-cking great time, and that found its way into the music and the songs," Gillespie said. "I think it's a very euphoric record. To me it's ecstatic rock 'n' roll. It's what rock 'n' roll should be: joyous and celebratory."

June 1991: Primal Scream Release HIGHER THAN THE SUN
THIS IS THE ARTICLE BOX TEMPLATE