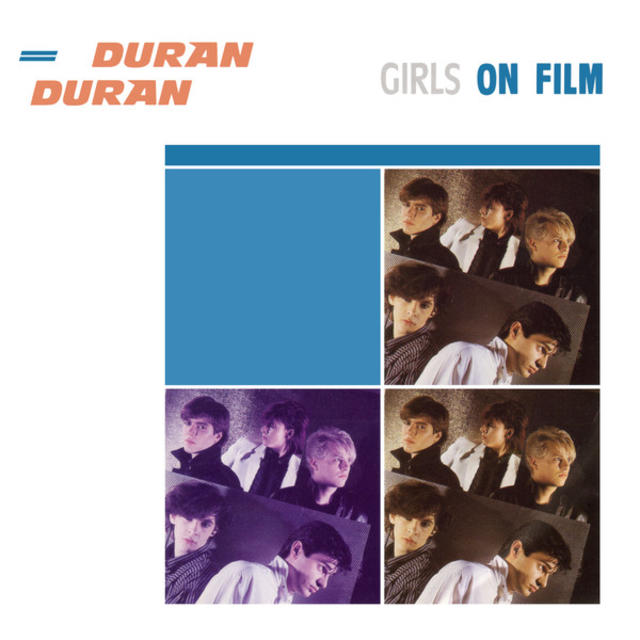 After landing on the UK music scene with top 12 debut single, "Planet Earth," Duran Duran suffered a relative setback with the band's second single, "Careless Memories," which only peaked at #37. When it came time for single number three, Simon Le Bon and company felt that it was time to take destiny into their own hands. With record label EMI picking "Careless Memories," the group used the leverage from the song's middling chart performance to choose its own follow-up single. The choice: "Girls on Film."

In America, "Girls on Film" wouldn't hit critical mass until 1983, after MTV had made Duran Duran teen idols via the music videos from the Rio album. Helping propel the song was a steamy music video that was predated the video channel, and was too hot for it anyway. The clip, directed by Godley & Creme, visualized the track's sordid view of life as a high-fashion model.

"The management, as well as the band at that period of time, were very into pushing the boundaries, and they could obviously sense that something was coming, that visuals were becoming more and more significant," director Kevin Godley said to Songfacts about the clip. "They had heard that music videos or whatever they were called back in those days were being played in dance clubs in the States, and there were no restrictions put on what was played, so the content could be anything you wanted it to be. So, the brief was, do something that's kind of sexy, and don't hold back. Make it beautiful, make it interesting, and provocative. So, that's precisely what we did, and the fact that it was played in clubs and noticed in clubs probably before MTV was what gave them some kudos in the States and started to build the fanbase in the States. A little bit of daring in the early days always bears fruit, and that's precisely what happened here."

A commercially-released Duran Duran "Video 45" featuring "Girls on Film" and "Hungry Like the Wolf" won the Grammy Award for Best Short Form Music Video in 1984, the first year the Academy gave that award.