The One After the Big One: Prince & the Revolution, AROUND THE WORLD IN A DAY 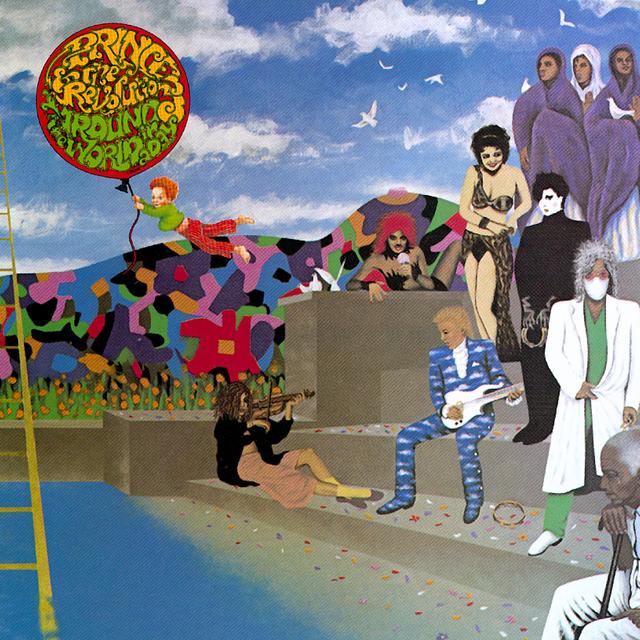 Prince didn’t make music to address commercial concerns (though his music was quite popular), make money (though he made a lot of it in his lifetime), or earn any kind of prestige (though he was and is considered among the finest artists of his generation). Prince made music because that’s what Prince did. He followed a muse that did not always cooperate with record company schedules or necessarily reflect the sounds of the times. He made the sounds and wrote the songs and the audience came to him. With PURPLE RAIN in 1984, Prince created the perfect synthesis of funk, rock, pop and R&B, and listeners responded by making him one of the biggest stars on the planet.

Turns out, before anyone outside his coterie of bandmates and friends had ever heard PURPLE RAIN, Prince had already moved on to the next thing. Prior to that album’s release, he had begun recording sessions for its follow-up, and had landed on a sound that was considerably different from PURPLE RAIN’s brew of rhythm and rock. Recorded in various studios in Minnesota and California, AROUND THE WORLD IN A DAY is more pop than rock, more textured than slick – it’s Prince as we knew him, just seen in a funhouse mirror.

One glance at the album’s cover tells you this is something very different – a psychedelic scene around a petal-strewn pool where characters that look somewhat like Prince and his band (or multiple Princes, or just a bunch of strangers) linger, in front of a sky full of doves, hovering around a multicolored mountain peak that looks suspiciously like a woman’s breast. No, on second thought, nothing odd there …

Drop the needle on the groove, though, and you enter into the rarefied atmosphere Prince has constructed – there are synth strings and all kinds of percussion and an ecstatic Prince scream before he sings, “Open your heart, open your mind,” and off you go, flying off into this world. By the time he comes out of the third chorus shouting “Say papa, I think I wanna dance,” you are well on the journey, and he’s got you dancing with him.

And it’s a fun trip. We all know “Raspberry Beret,” which is the song of the summer, whichever summer you choose to play it. There’s also the slightly off-kilter melody and steady groove of “Pop Life,” the slinky slow jam “Condition of the Heart,” and the Big Statement spirituality of “The Ladder” to navigate through – in and out of the ever-changing moods and soundscapes Prince created. And while we also salute “America,” with all its strengths, weaknesses and incongruities, the place we really want to visit is “Paisley Park,” and Prince is happy to lead us there, introduce us to all its colorful visitors, and let us know it’s in our hearts – we can visit any time.

That’s the magic of AROUND THE WORLD IN A DAY – there’s a lot to see and it’s a quick trip, but it’s all in our hearts and heads. The journey starts whenever the record does.

Around the World in a Day