The One after the Big One: Rickie Lee Jones, PIRATES 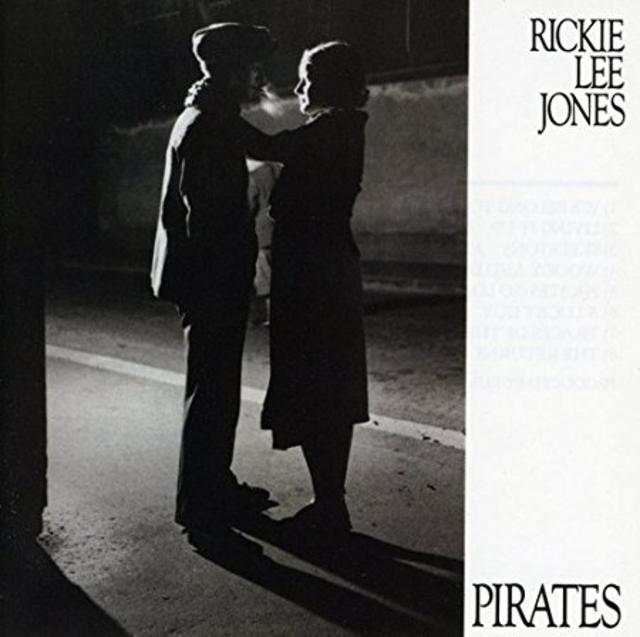 Sophomore slumps disappoint for any number of reasons, but perhaps mostly because he or she who does the slumping had raised expectations too high, expectations that the follow-up in question could not meet, to the disappointment of all involved. Rickie Lee Jones’ 1979 debut (the one with “Chuck E.’s in Love” and “Coolsville”) introduced an original and beguiling new voice, both as singer and writer, and raised one’s anticipation of what was to come. It was a record that connected with listeners on a very deep level—if you were into it, you were INTO it. Had her second album fallen short, the collective sigh from fans might’ve changed the weather patterns on one or both U.S. coasts.

Fortunately, that wasn’t a problem. 1981’s PIRATES, a nearly perfect follow-up, found Jones mining her surroundings to create another collection of small fictions, focused in plot yet cinematic in scope. A dalliance with some disreputable characters in her adopted home of New Orleans informed the seedy (yet somehow heroic) characters in her new songs, spiritual siblings of Springsteen’s Magic Rat and Puerto Rican Jane, or Tom Waits’ street poets and nighthawks.

The leadoff track, “We Belong Together” ostensibly refers to Waits, with whom Jones had had a romantic relationship. Jones’ elegant piano opening actually sounds like a finale, a benediction, and her voice slides around the melody as she sets the scene and tells the story of Johnny the King and the “young lions on the lam” who occupy his street kingdom. The song builds by the second chorus, where drums and sly alterations in tempo spin the whole endeavor up into another climactic instrumental passage, this one for real, at the song’s end.

Characters abound elsewhere on the record. “Living It Up” introduces the listener to Eddie, Louie and Zero and the illicit things and people that make them feel good but which are, “more trouble than [they’re] worth.” “Woody & Dutch on the Slow Train to Peking” is a funky, finger-snapping tribute to old soul records, and is all kinds of fun. Terrible misfortune strikes on “Skeletons,” as a tragedy unfolds in a case of mistaken identity and a hail of bullets. The last verse is devastating — the aftermath, years later, of a child without a father, an innocent born the same night as a murder, touched by an event he never saw, separated from a man he never knew, full with an emptiness that is unspoken but all too present.

The title track is the centerpiece of the record, with its horn-flecked, mid-tempo goodness, in similar vein to “Chuck E.’s in Love.” This gives way to an extraordinary slow verse and “So long, Lonely Avenue” bridge, all of which slows to a stop before breaking loose again. Everything filters down to the album-closing “The Returns,” another quiet piano song that finds Jones testing her high register against a swell of strings, advocating for “Turning your memories back to dreams again.”

PIRATES showed listeners their memories of Jones’ debut were positive ones for a good reason — it’s a sophomore effort with nary a slump to be found.

LIVE from Your Speakers: Rickie Lee Jones, NAKED SONGS – LIVE AND ACOUSTIC
THIS IS THE ARTICLE BOX TEMPLATE