The One after the Big One: Stone Temple Pilots, TINY MUSIC … SONGS FROM THE VATICAN GIFT SHOP 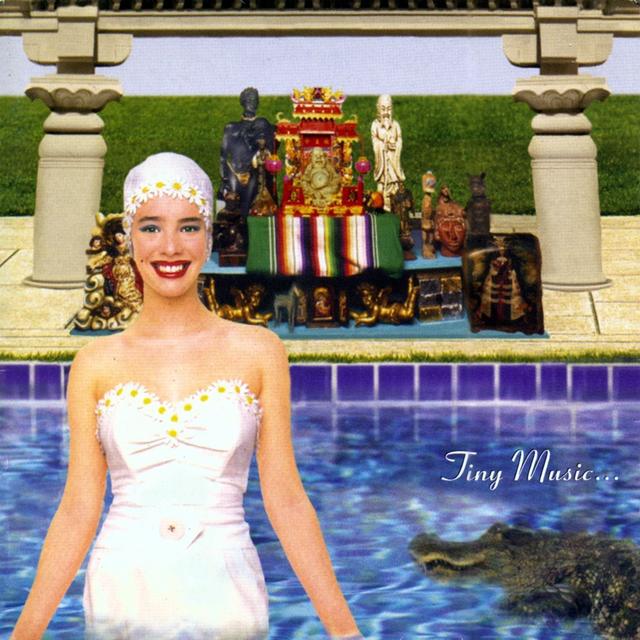 The things that distinguished Stone Temple Pilots from their grunge brethren were two-headed song- and riff-writing monster known as the DeLeo brothers (bassist Robert and guitarist Dean) and the magnetic allure of charismatic front man Scott Weiland. The band's debut, CORE, introduced a group that could bludgeon you with the heaviness of "Sex Type Thing" or "Plush," and just as easily provide fodder for contemplation in "Creep." That pliable songcraft and performance reappeared on PURPLE, STP's sophomore effort, which hit Number One and featured "Interstate Love Song," a track that sounded at once modern and ageless.

For the follow-up, the band took one of the great left turns of the '90s, largely jettisoning the hard rock of their first two records, in favor of a more nuanced balance of glam, '60s pop and even jazz influences. The result was TINY MUSIC … SONGS FROM THE VATICAN GIFT SHOP, a record so striking, it seemed surprising that the same band and producer (Brendan O'Brien) that had made CORE and PURPLE were responsible for it.

From the first notes on the album, listeners recognized they were in for something different. The 80-second "Press Play" ventures into cocktail jazz (with O'Brien on electric piano) and sounds/feels/smells like a studio jam that just happened to be captured on tape. From that rather mellow beginning, STP roars into "Pop's Love Suicide," a flat-out rocker, but with distinct differences in production values from their previous rock songs. The guitars, for one, have more treble and sound chunkier; Weiland's voice also sounds fuzzy and altered by some effect or another. Such sonic peculiarities also mark tracks like "Big Bang Baby" (the album's first single, accompanied by a throwback performance video) and "Tumble in the Rough."

STP wear their influences well. Dean DeLeo quotes Led Zeppelin's "Dancing Days" riff in the chorus of "Trippin' on a Hole in a Paper Heart," which, with "Lady Picture Show," were about as radio-friendly as TINY MUSIC got. "And So I Know" is a dream-pop excursion; it sounds like Slowdive tweaked with bossa nova, with an almost underwater quality to it. "Adhesive Girl" starts in a similar vein, but then opens up into a guitar-heavy chorus; it also features a muted trumpet solo, which is a heck of an oddity on a Stone Temple Pilots record.

There are layers of clatter and resonance and unusual flourishes throughout the record—things that reveal themselves with repeated listens. While TINY MUSIC stands as perhaps STP's most peculiar album, it also shows the band at a creative peak, embracing new and different sounds and enabling listeners to embrace the band a point at which anything was possible.