This Day In 1981: Rod Stewart and Tina Turner on Saturday Night Live

37 years ago tonight, Rod Stewart invited a very special guest vocalist to join him on Saturday Night Live and selected the perfect song for them to deliver as a duet.

In 1981, Saturday Night Live wasn’t in complete shambles, but if you ask those who had been in the venerable sketch comedy series’ cast during its 1980-1981 season, virtually all of them would probably tell you that it sure as hell seemed that way. In the wake of Lorne Michaels, the show’s original executive producer, leaving SNL behind at the end of its fifth season, NBC assigned Jean Doumanian to take his place, and the results were, uh, not great.

Oh, who are we kidding? It was horrible.

Just so you know that we’re not just being jerks, here’s what Gilbert Gottfried – who was a cast member during season six – had to say about his experience in his Random Roles interview for the A.V. Club:

“It was the worst time to be on the show, because it was right after Lorne Michaels and the original cast left, so it was basically like if, in the middle of Beatlemania, you got rid of John, Paul, George, and Ringo and announced, ‘We’ve just replaced them with four other schmucks, and you’re going to like them just as much!’ I remember when it was happening, media-wise, before we even made it to the air, people were attacking the show. It was, like, ‘How dare they!’”

When Saturday Night Live returned for season seven, however, it was with Doumanian gone and Dick Ebersol in her place, and while he promptly cut a number of cast members (including Gottfried), he kept around some of the ones who’d proven their comedic mettle, most notably Joe Piscopo and Eddie Murphy.  In addition, original SNL writer Michael O’Donoghue had been wooed back to the show by Ebersol, which didn’t last but was still a nice nod to the glory days of the Not Ready for Prime Time Players.

Rod Stewart was a pretty high-profile artist for SNL to secure as its musical guest for the season seven opener, and as it happens, he was the only high-profile person involved with the episode, since – oddly enough – there was no guest host. Perhaps that’s why he decided to have Tina Turner join him onstage. We don’t know. But we do know that there’s no better song that he could’ve asked her to sing with them than “Hot Legs,” which was and remains a very apt description of Ms. Turner’s lower limbs.

As it happens, Rolling Stone writer Robert Palmer was with Stewart the day of the SNL performance, so we have a little more insight into the appearance that we’ll close with:

“After Stewart and I finished our drinks, we headed downtown to the Ritz, a large New York dance club, where Tina Turner was performing. For the occasion, she donned a blond thatch of fake hair — a Rod Stewart wig — and ripped into several of his songs, much to his delight. After the show, he went backstage and, on the spur of the moment, invited her to sing ‘Hot Legs’ with him the following night on Saturday Night Live.

“The afternoon of the broadcast, they had a brief, inspired run-through, but as showtime rolled around, Stewart fidgeted nervously. When Turner finally joined him onstage and started gyrating to ‘Hot Legs,’ he wiped the sweat off his forehead and skipped out of camera range, giving her center stage. ‘Did you see the way she moved?’ he marveled afterward, as we crowded into a limo and headed for a Saturday Night Live cast party at Studio 54. ‘Those legs! Let’s face it, rock — roll has always been about sex appeal. I’m sure the Stones wouldn’t be drawing 90,000 at a throw if Mick weighed fourteen stone.’” 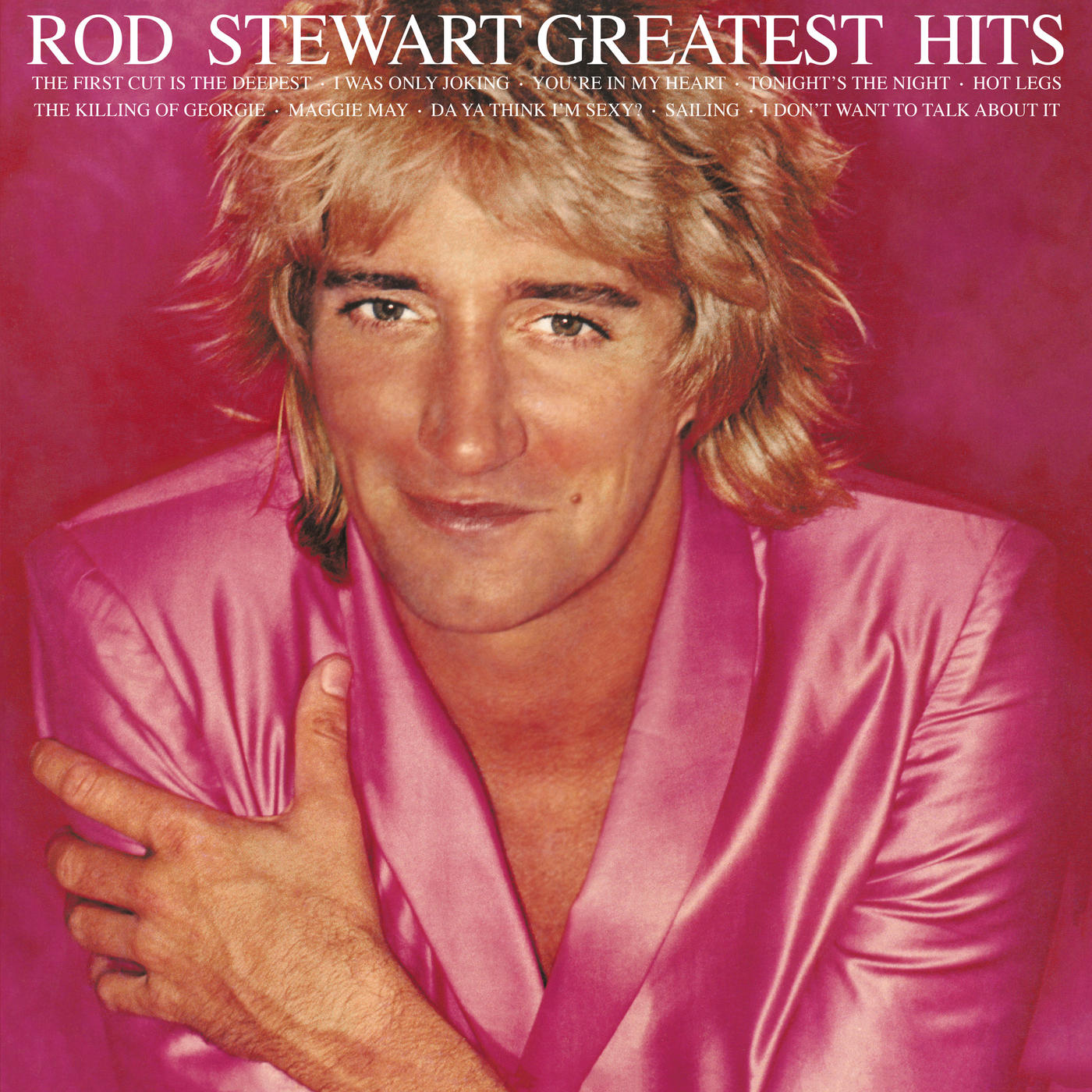 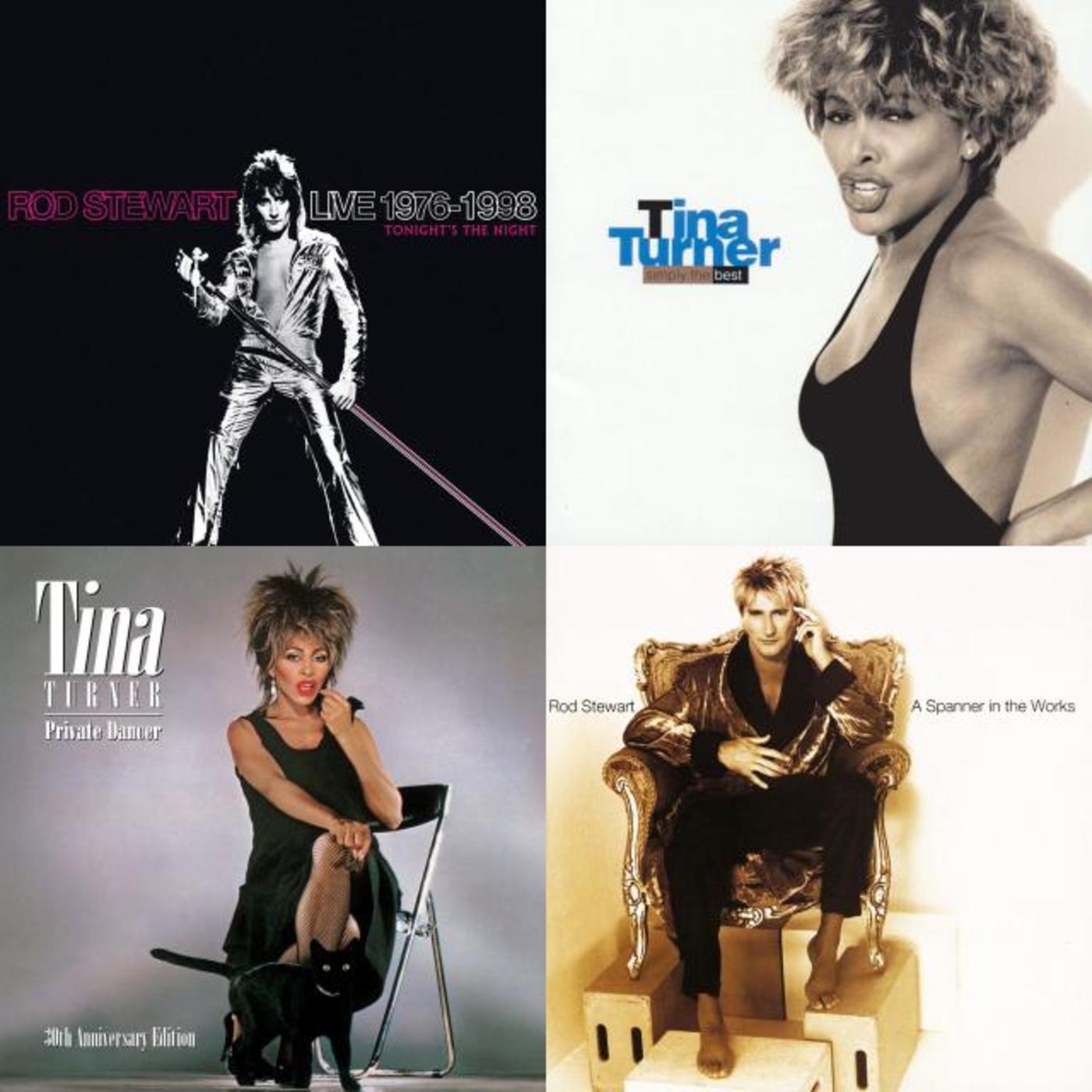 Rod 'n' Tina
THIS IS THE NODE PLAYLIST BOX TEMPLATE