5 Things You May Not Have Known About Mike Nesmith 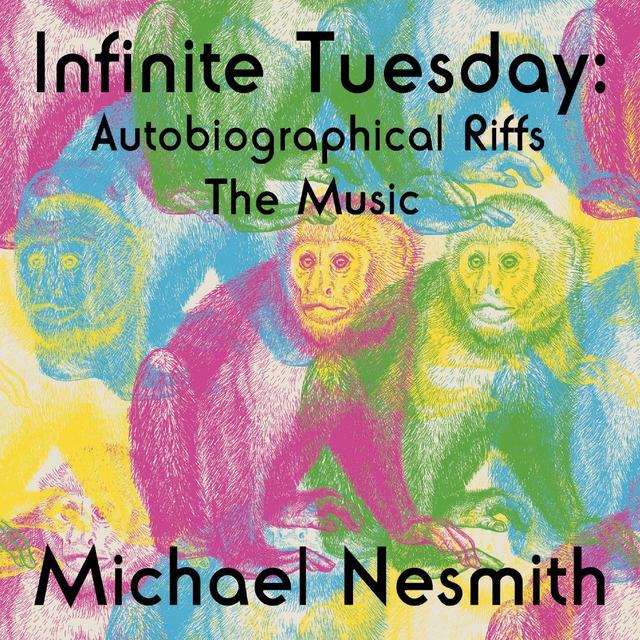 Today we celebrate the birthday of Michael Nesmith.

You know, from the Monkees? The one who used to wear the wool hat. Right, that guy...

Of course, we’re only kidding: we can’t even begin to calculate the unlikelihood of someone landing on an article on Rhino.com and being all, like, “Mike who? Never heard of him.”

That said, there’s plenty about Nez that you may not know, particularly if your knowledge of this good fellow begins and ends with his time in the Monkees, so we’re here to try to throw five things at you that might have flown under your radar about the man they call Papa Nez.

You know the Nitty Gritty Dirt Band, right? Sure you do! Well, at one point in the late ‘60s, the band disbanded, and Jeff and Chris Darrow formed a new group called The Corvettes with bassist John London and John Ware. Not only did Nesmith produce the singles for the band, but those guys soon went on to become the backup band for Linda Ronstadt, at which point they found themselves performing a couple of Nesmith songs: “Different Drum” and “Some of Shelly’s Blues.” Truly, it is a small world...

2.    He produced, sang, and played on Ian Matthews’ version of “Seven Bridges Road.”

Written by Steve Young and arguably made most famous by the Eagles, Nesmith recorded Matthews’ version of the song in 1973 for Matthews’ VALLEY HI album, and if you listen to that version first and then listen to the Eagles’ version, what you will notice is that the tempo and arrangements are pretty much identical. Like, to the degree that Nesmith later said of that similarity, “Son of a gun if Don or somebody in Eagles didn’t lift [our] arrangement absolutely note for note for vocal harmony. If they can’t think it up themselves [and] they’ve got to steal it from somebody else, better they should steal it...from me, I guess.”

In an interview with Blitz Magazine in ’78, Nesmith was asked about the prospect of the Monkees getting back together, and he had an answer that must not have gotten a lot of press at the time, because you’d think someone would’ve taken him up on it:

“Well, it’s not likely that the four of us would come to terms on this situation, but this is the way I’d want it to happen. I’d have Micky, David, and Pete come up here to Carmel and we’d go into the studio and do an album completely on our own, based upon a synthesis of our own musical directions. I’d put the album out on Pacific Arts. No hype, no full page ads in the trade papers saying, ‘Monkees comeback album!’ or anything like that. I’d just quietly put the album out and let people discover it on its own musical merit. Under those circumstances, yeah, I’d do it.”

4.    In addition to producing the ‘80s film Timerider, he might well have done similar duty on a Timerider TV series, but it never came to pass.

When asked in an interview with Bullz-Eye about whether there was ever talk of a sequel to Timerider, Nesmith explained that there wasn’t, but “there was talk of a television series.” The likelihood that it might still happen someday, however, seems virtually nonexistent. “You know, conventional television has come and gone,” he admitted. “I don’t know where Timerider would fit on that landscape.”

In that same Bullz-Eye interview, Nesmith acknowledged that he was a fan of Wagner’s work and the way he approached country music. “I like the Lambchop stuff, and I really wanted to tap into the Nashville sensibility, the Nashville psyche, but I didn’t want to go down the pop road,” he said. “I also didn’t want to come in through the Appalachian woods, with the traditional stuff. Americana and country rock and stuff has long since left my radar, and so I was looking around and stumbled onto Lambchop, and I was so surprised that that kind of music was coming out of Nashville until I met Kurt and I realized that he has a really intriguing take on things. So we became acquaintances and friends, he came out here, we spent a little time together, I played him a little bit of Rays, and I asked him to sing on it. It all just sort of happened like that.”