August 1987: Madonna Hits the Silver Screen in WHO'S THAT GIRL 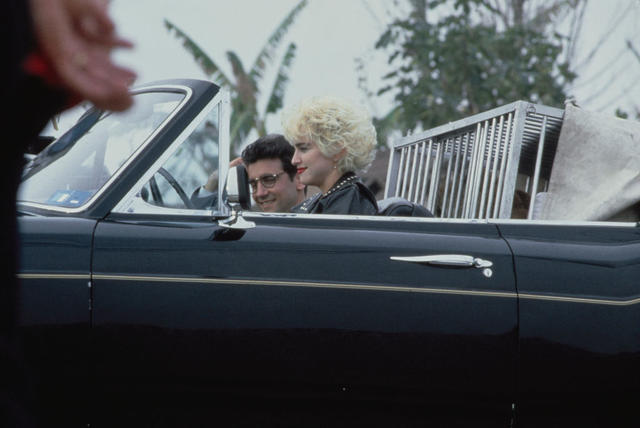 By 1987, Madonna was an international superstar. Everything the singer touched, it seemed, turned to gold. Having already made a well-received supporting appearance in the indie film, Desperately Seeking Susan, it only made sense that that the time had come for the Material Girl to take a run as leading lady.

Convincing Warner Brothers producers that she was ready to rock the weekend box office was no easy feat, given the critical and commercial disaster that was the singer's 1986 attempt at a star turn, Shanghai Surprise. But by the end of the year, Madonna and crew were on location in New York City to film the movie Slammer, which would be renamed Who's That Girl.

While the lead single from the movie's soundtrack, Madonna's own "Who's That Girl," was a #1 hit, the movie followed Shanghai Surprise as another critical and commercial flop for the singer. Despite an onslaught of pre-release hype and promotion, Who's That Girl, released August 7, 1987, barely made it into the weekend's top 10 for box office returns with a meager $2.5 million haul. Adding insult to injury, the movie was bested by a re-release of Disney's animated film from 1938, Snow White and the Seven Dwarves.

Even while the movie was tanking, Madonna's "Who's That Girl" World Tour was a smashing success, packing stadiums around the globe and generating $25 million in ticket sales.