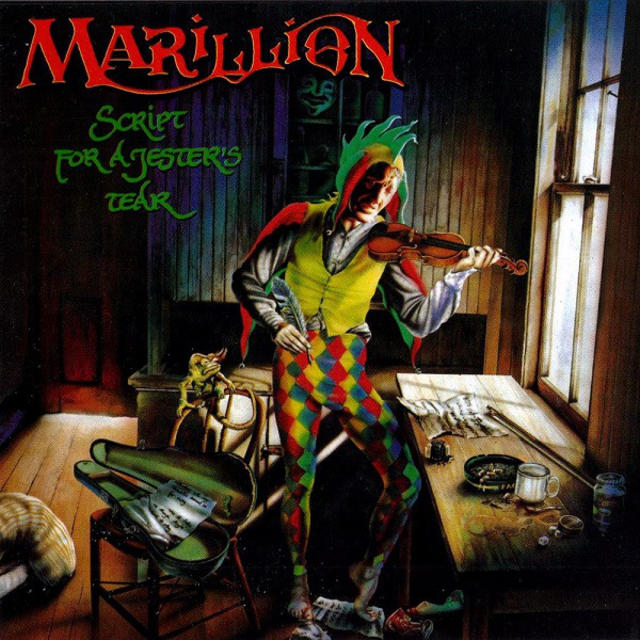 35 years ago today, Marillion released their debut album, an LP which brought the band success straight out of the gate and proved that the greatest asset they had in their quiver was sheer arrogance. After all, how else would you describe a prog-rock band whose first album was always intended to be the first part of a trilogy?

"We weren't fashionable," admitted Fish, Marillion's frontman at the time, in a 2013 interview with Team Rock. "I discovered a long time ago that 'fashionable' is for short people. But there was a real arrogance about us: 'We're gonna make it.'"

Recorded at The Marquee Studios in London, SCRIPT FOR A JESTER'S TEAR served as the opening salvo of a new generation of progressive rock bands, and it was quite a commercially-successful salvo at that: the album climbed to #7 on the UK Albums chart, and it spawned two top-40 singles in the UK as well ("He Knows You Know" and "Garden Party"). That said, there was still a backlash against Marillion.

"We were aware of the criticisms," Fish told Team Rock. "'They sound like early Genesis, he sounds like Gabriel, blah blah blah'. I look back on it now and a lot of those criticisms were justified. We were holding onto the skirts of our influences, trying to find the confidence to break away from it."

Thankfully, they found it.