March 1973: The Doobie Brothers Release THE CAPTAIN AND ME 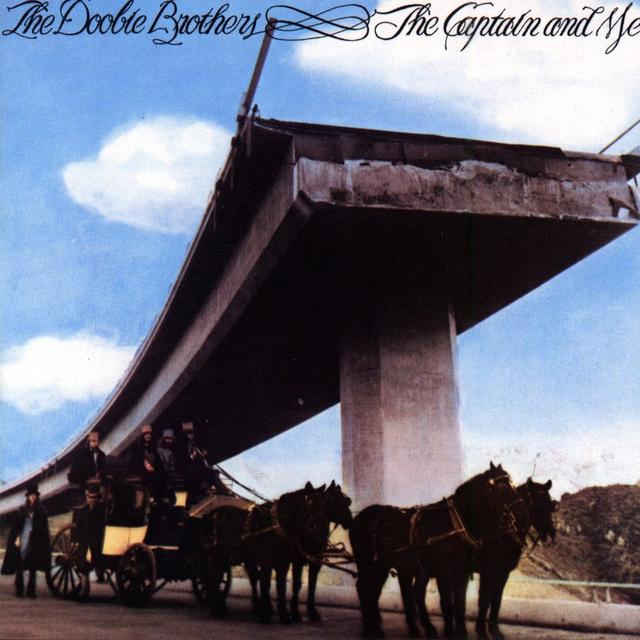 By 1973, the hard-rocking Doobie Brothers had broken out of San Jose, CA, to rock the radio and the charts across America. The band's second album, Toulouse Street, just missed the top 20, peaking at #21 on the Billboard 200. The record featured a pair of hits: lead single "Listen to the Music," which reached #11 on the Hot 100. Second single, a cover of The Art Reynolds Singers' 1966 gospel hit, "Jesus is Just Alright," climbed as high as #35 on the same chart.

Feeling the pressure to follow the success of Toulouse Street with an even bigger third LP, Tom Johnston and company rolled into North Hollywood's Warner Bros. Studios to face the new musical challenge. While retooling some older material, an instrumental piece caught the ear of producer Ted Templeman. The producer suggested that the band work some lyrics into the piece, telling Johnston that he should 'Make it about a train, since you have this thing about 'Miss Lucy down along the track,'" Templeman recalled. "So he came up with 'Long Train Runnin.'"

For single #2, The Doobie Brothers turned up the heat with the hard-charging rock track, "China Grove." It's a tune that Johnston came up with in the middle of the night. He was so inspired that he roused the band's drummer work on the song.

"I went and grabbed [Doobies drummer] John Hartman, who also lived on 12th Street with me,” Johnston told Ultimate Classic Rock. "I said, ‘We've got to do this electrically, man. This is an electric song.' I knew it was a power rock song. So we went downstairs and woke up all of the neighbors and put the master [volume] on 10 and went for it."

The Doobie Brothers dropped the band's third studio LP, The Captain and Me, on March 2, 1973. Driven by heavy rotation of the two singles on radio, the album roared up the American charts to peak at #7 on the Billboard 200 for the week of July 21, 1973. The #1 LP in the country that week: George Harrison's Living in the Material World.

"I remember it was a big thrill to hear it when it first came out, In fact, it was really unique – wow – hearing yourself on the radio was a big deal,” Johnston recalled of the Doobies' big breakthrough. "It says something about the song if it can last that long... I've had a lot of people come up to me and say that 'China Grove' or some other songs influenced their life and helped them through a period of time ... or the album did, or something like that. I find that very gratifying."

Single Stories: The Doobie Brothers, BLACK WATER
THIS IS THE ARTICLE BOX TEMPLATE