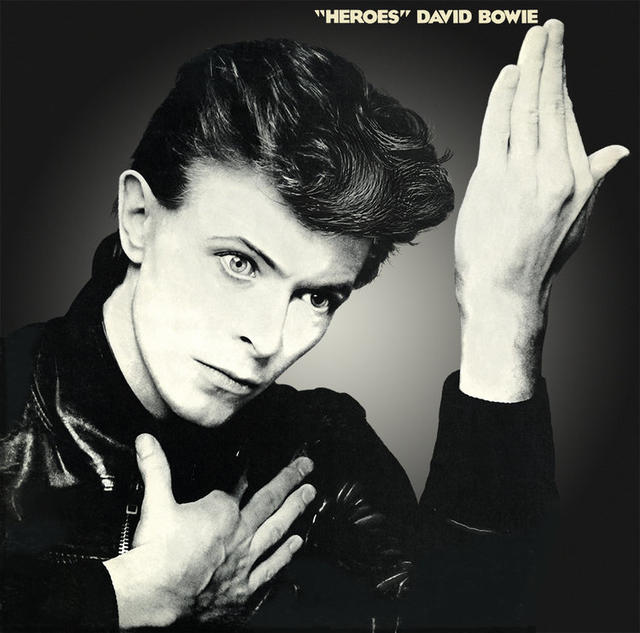 By 1976, it was the effects of the cocaine; after a time spent in Los Angeles in the throes of drugs, Bowie decided it was time to clean up his act. That's when he bounced around Switzerland and France before famously relocated to West Berlin, Germany ("the center of everything that is happening and will happen in Europe over the next few years,” he told Vogue in 1978) to launch the fabled "Berlin Trilogy" of albums. The first of which was Low, released in January 1977, a work so ahead of its time that Bowie's label was loathe to release it. When they did, the LP divided critics while soaring to #2 on the UK Albums chart, and peaking at #11 here in America.

When it came time for Bowie to follow-up Low, he didn't make things any easier for his record label. After touring as Iggy Pop's keyboardist, he returned to Berlin with much of the same crew that had created Low, with the notable addition of guitar legend, Robert Fripp.

"There was a lot of enthusiasm on 'Heroes' because Brian (Eno) and I liked so much what we did on Low," Bowie said during an interview with Flo & Eddie in 1977. "We knew we had it in us to do another one, and now I think even a third one...what happened was I didn't have the necessary verbal equipment to describe what I was seeing, and that's where I needed assistance. I needed somebody to give me input, because I was so confused with all these blessed people running around in my head. Eno was somebody that I'd known for years, and never had the chance to work with."

The album's title track was released as its lead single in September 1977, going on a modest chart run to peak at #24 in the UK, and not even register on the Hot 100 in America. A few weeks later on October, 14, 1977, David Bowie released "Heroes", his second full-length album of the year. Unlike Low, critics were quick to praise the LP, with fans sending the record all the way to #3 on the UK Albums chart. In America, the album peaked at #35 on the Billboard 200. Second single "Beauty and the Beast" was a minor hit in England, reaching #39 on the UK Singles chart.

The album's title track charted again in 2016 after Bowie's death, reaching a new peak of #12 in the UK, and #11 Billboard's Hot Rock & Alternative Songs in America.