OUT NOW: The Time, THE TIME 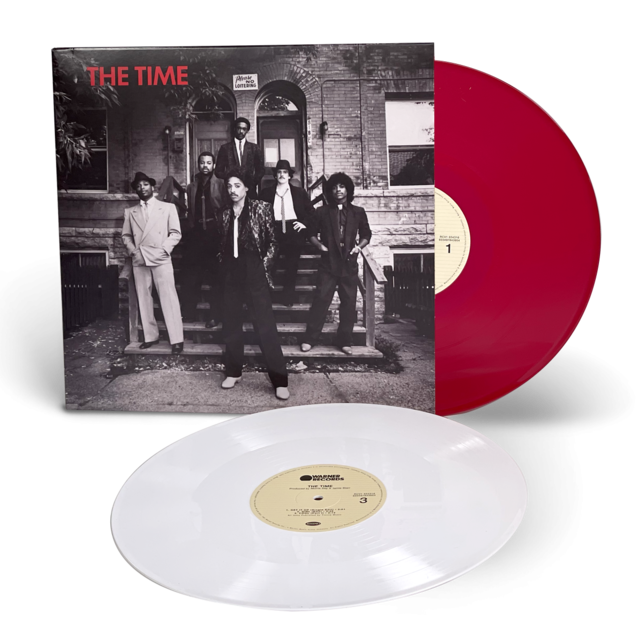 What time is it?! It's time to throw it back to July 1981, when Morris Day, the Time (and Prince) released The Time. The debut album from Morris Day and company introduced the funk masters to the world. Many fans, however, didn't exactly realize that Prince (using the pseudonym Jamie Starr) wrote, produced and performed the entire record, with Morris Day providing vocals. That fact faded even further into the background when the live version of the Time hit the stage, featuring such future legends as Jimmy Jam, Terry Lewis and Jesse Johnson. Their ferocious live shows are still spoken of in reverent terms. There were many nights on the legendary "Triple Threat" tour when the Time stole the show from the headliner--Prince himself.

Forty years later, The Time is back. Pressed on vinyl for the first time since its original release, and not just your everyday back vinyl: this double-LP version will arrive on one red and one white record. It looks almost as funky as it sounds. This Expanded Edition was created from the original analog tapes, with the digital version remastered under the supervision of Morris Day himself. Along with the original tracks, it comes with new edits of several tracks.

"When I was a young teen growing up in Minneapolis, all I ever wanted to do was be in a band and play my drums," the singer says today. "Never in a million years did I imagine 40 years later, that my band 'The Time,' would be considered funk royalty. To some, 40 years in this business is considered a lifetime. To me, I've only just begun. Stay Tuned. Yeesss!!"

The album arrives with a newly upgraded HD music video for the band's timeless single, "Cool." Watch it below.

Deep Dive: The Time, WHAT TIME IS IT?
THIS IS THE ARTICLE BOX TEMPLATE